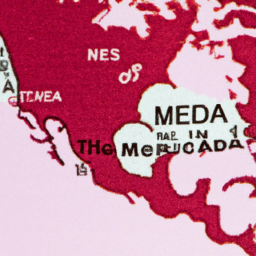 Charts suggest the market is in for a ‘bumpy ride,’ Jim Cramer says
These 10 cars have the greatest potential lifespan — and 6 are Toyotas
SBP aiming to develop local bond market | The News Observers

American trade relations with Canada and Mexico have become a hot topic of late due to recent trade negotiations to revise the North American Free Trade Agreement (NAFTA).

NAFTA is a trilateral trade pact signed in 1994 by the United States, Canada, and Mexico and was designed to eliminate most tariffs amongst its members and foster trade amongst North American countries.

Despite being considered a successful trade agreement, NAFTA has come under siege from US President Donald Trump, who has made revising the pact a major goal of his administration.

Rather than Mexico, it has been Canada that has become the focus of the US’s ire during the renegotiations.

While Mexico and the US were able to reach a comprehensive bilateral agreement at the end of August 2018, negotiations between the US and Canada have become increasingly heated as both sides failed to meet the imposed deadline of September 30th.

Despite ongoing negotiations that have resumed as of October 2018, a revised tri-lateral trade deal between the US, Canada, and Mexico is far from certain.

Time is of the essence as the current agreement is due to expire in early 2019. Failure to do so could potentially damage American trade ties with both Canada and Mexico and further worsen diplomatic relations between the US and Canada.

The US is the largest trading partner of both Canada and Mexico and a major contributor to both countries’ economies.

Canada alone accounts for 15 percent of all US imports. A breakdown of NAFTA would jeopardize employment and investment opportunities in the US and could lead to an increase in tariffs, diminishing free trade and causing many to suffer.

It is for this reason that President Trump should focus on working with Canada to reach a new trilateral deal.

Such a move would show that he is willing to negotiate in good faith and could help to improve tensions between the US and its largest trading partner to the north.

Negotiations are never easy, but the gains that could be made from a NAFTA successor are far more important to both US andNorth American businesses than playing jingoistic political games.

Since the North American Free Trade Agreement (NAFTA) was signed in 1994, the United States has had a contentious relationship with its North American neighbors, Canada and Mexico.

While most attention has been paid to the U.S.-Mexico relationship, especially in the wake of President Trump’s threats to terminate the pact, it is Canada that has been a greater thorn in the side of American negotiators.

Canada is a wealthier nation than Mexico and is better-equipped to leverage its economic clout in negotiations with its southern neighbor.

Unlike Mexico, Canada has a robust and developed manufacturing sector. The Canadian economy is more diverse, with a higher proportion of service jobs than Mexico, which is more reliant on its oil and agricultural exports. This affords Canada the advantage of more leverage in any negotiations with the United States.

Canada has long been a proponent of protectionist policies that have put it at odds with the United States and other nations.

The nation has used its economic clout to protect some of its industries, including dairy and softwood lumber, from foreign competition — particularly American competition.

The United States has repeatedly taken issue with Canada’s protectionist policies, and the threat of American tariffs and other trade measures has often been used as leverage in negotiations, to mixed effect.

The United States and Canada have long had conflicting interests within NAFTA, particularly in the areas of intellectual property, energy, and financial services, as well as more contentious topics, such as automobile emissions and agricultural subsidies.

While the two sides often work together on these issues, their negotiating strategies and interests are often at odds.

The United States has sought to gain a preference in financial services and other industries, while Canada has fought to preserve its existing protections and regulations.

These competing interests have made the negotiations difficult and drawn the United States and Canada into lengthy and often testy disputes.