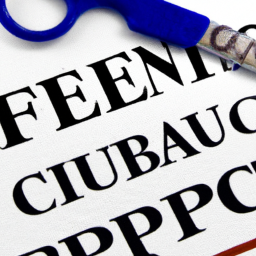 Are we heading for another Greek debt crisis?

In recent years, the Greek economy has been in the spotlight due to its ongoing financial struggles. In particular, the prospect of another Greek debt

In recent years, the Greek economy has been in the spotlight due to its ongoing financial struggles. In particular, the prospect of another Greek debt crisis has made many people question whether the country can provide economic stability.

The Greek economy has been plagued by economic issues ever since the global financial crisis in 2009. High public debt levels and structural problems in the Greek economy have led to a more volatile situation. The country was affected by an austerity program implemented by the European Union, which saw large cuts in public spending and taxes. This increased public debt levels even further, leading to a much more fragile financial position.

In addition, the Greek economy is heavily dependent on tourism which has been hit hard by the global pandemic. The pandemic has put many people out of work and reduced consumer spending, leading to an even weaker economic position.

Despite recent efforts by the Greek government to reduce public spending and reform its financial system, it seems the country is still at risk of another debt crisis. The Greek debt-to-GDP ratio is still higher than many of its European neighbors and the country’s current account deficit is increasing.

Going forward, it is essential that Greece takes measures to increase economic growth and reduce debt levels. This could include reforming the tax system and focusing on boosting investments, exports, and tourism. Furthermore, the government must ensure that any new measures do not reduce the public welfare, as that could only lead to further economic problems.

Overall, the risk of another Greek debt crisis is still present, but it is not yet a certainty. Greece must take proactive measures to stabilize its economy and reduce debt levels in order to avoid a negative economic situation. If done properly, the country still has a chance to overcome its economic struggles and make a lasting improvement.

Are We Heading for Another Greek Debt Crisis?

In the wake of Greece’s current economic woes, many are now asking: Are we heading for another Greek debt crisis? Greece’s debt crisis in 2009-2018 was the financial equivalent of a natural disaster and the country was close to the brink of economic meltdown.

It was estimated that Greek sovereign debt reached 200 percent of GDP at the height of the crisis, and the impact was felt around the world. In this article, we will explore the question of whether Greece is headed for a new debt crisis and how the country’s economy could be changed if it were to occur.

Greece is now emerging from its debt crisis, but the country still faces major economic challenges. Greece’s economy is slowly recovering but is still highly vulnerable to external shocks, including the potential for another debt crisis.

Greece’s debt as a percentage of its GDP is now at a record high of 181.5 percent, and the country’s government relies heavily on outside funding to keep things afloat. This is because of the country’s high budget deficits and debt payments, both of which are well above what is sustainable.

What Could Lead To a New Debt Crisis?

A number of issues could lead to a new Greek debt crisis. These include:

Will Greece Enter Another Debt Crisis?

At the moment, it is difficult to predict if Greece is headed for a new debt crisis. The country has taken steps to stabilize its economy and is slowly making progress. If the government can maintain political and economic stability and manage to control its budget deficits and debt payments, then the risk of a new debt crisis could be minimized. However, any major external shock could quickly push the Greek economy into a new crisis.

Greece has managed to come a long way since its debt crisis of 2009–2018, but the country is still highly susceptible to shock and could easily fall into another debt crisis. It is therefore essential that the government remains focused on maintaining economic and political stability in order to minimize the risk of another crisis.

Lance Armstrong, a new documentary With Michael Jordan and “The Last Dance” 0