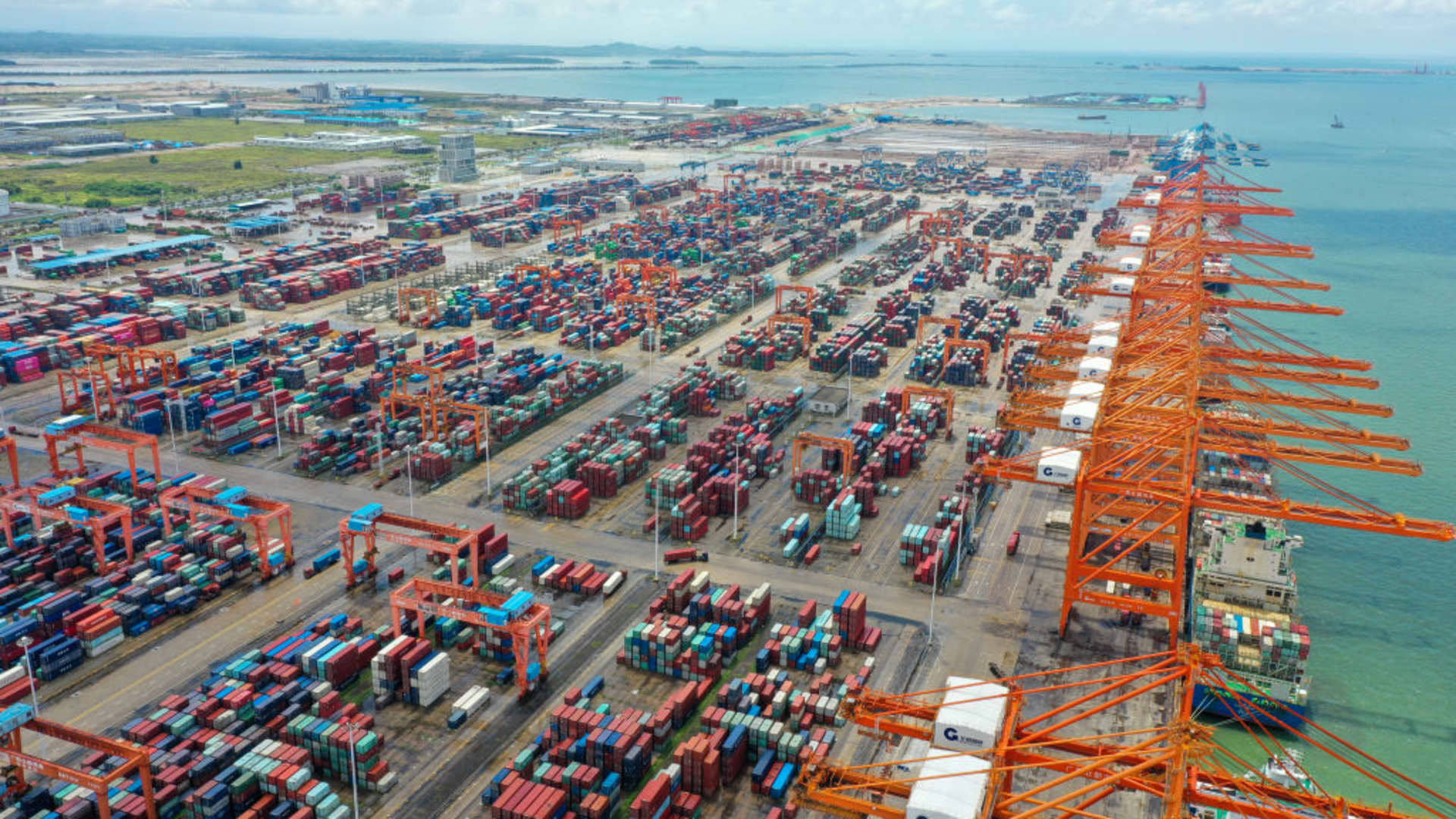 TSMC shares rise after Apple says it will use chips made in the U.S. by the Taiwan firmChina expected to see a further drop in exports and importsChin

TSMC shares rise after Apple says it will use chips made in the U.S. by the Taiwan firm

China expected to see a further drop in exports and imports

China’s trade data for November is expected to show a further drop in both exports and imports, according to a Reuters poll of economists.

Average forecasts predict exports will drop 3.5% in November on an annualized basis after declining 0.3% in October, and imports are forecasted to fall 6% after slipping 0.7% the previous month.

The trade balance in U.S. dollars is predicted to narrow to $78.1 billion — smaller than the previous month’s $85.15 billion.

It’s time to rethink bonds, according to the BlackRock Investment Institute, which said “the lure of fixed income is strong” right now.

“Higher yields are a gift to investors who have long been starved for income. And investors don’t have to go far up the risk spectrum to receive it,” Philipp Hildebrand, vice chairman of BlackRock, and Jean Boivin, head of the BlackRock Investment Institute, wrote in a note last week.

They outlined their top ways to cash in.

The latest gross domestic product showed subdued growth from the second quarter’s expansion of 0.9% from the first three months of the year.

On an annualized basis, GDP in the third quarter added 5.9%, which the Australian Bureau of Statistics said reflects “sustained economic growth since the effects of the Delta outbreak in September quarter 2021.”

“Growth was largely driven by strength in household spending,” it added.

The annualized figure also missed expectations in a separate Reuters poll for a 6.2% gain.

Australia’s dollar was little changed after the report and the S&P/ASX 200 maintained 0.7% lower.

CNBC Pro: UBS says shares in this global airline are set to soar by 55%

Shares of a global airline are set to soar by 55% over the next year, according to UBS.

The investment bank raised its price target after the pan-European airline said it expects to see bumper demand during Christmas.

Stocks tumbled Tuesday, building on losses from the previous session.

Oil prices slumped Tuesday, weighed down by economic uncertainty even amid a Russian oil price cap and potential demand uptick thanks to China’s reopening.

U.S. West Texas Intermediate crude for January delivery fell more than 4% to $73.85 in the afternoon Tuesday. Brent crude for February delivery slipped 4.34% to $79.09 per barrel.

Dimon said in June that he was preparing the bank for an economic “hurricane” caused by the Federal Reserve and Russia’s war in Ukraine.

American consumers are still doing well and supporting the U.S. economy, but that may change next year, according to JPMorgan Chase CEO Jamie Dimon.

Consumers have $1.5 trillion in excess savings from pandemic stimulus programs and are spending 10% more than in 2021, he said Tuesday on CNBC’s “Squawk Box.”

“Inflation is eroding everything I just said, and that trillion and a half dollars will run out sometime mid-year next year,” Dimon said. “When you’re looking out forward, those things may very well derail the economy and cause a mild or hard recession that people worry about.”

Dimon also opined on cryptocurrencies, the necessity of fossil fuels and other topics during the wide-ranging interview.