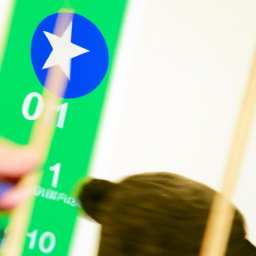 The International Cricket Council (ICC) has released the latest update to their Test batting rankings, which sees Pakistan's Babar Azam move up to sec

The International Cricket Council (ICC) has released the latest update to their Test batting rankings, which sees Pakistan’s Babar Azam move up to second on the list, while Travis Head of Australia breaches the top five for the first time.

This highlights the remarkable form of both batsmen in the longest form of cricket.

Babar Azam has enjoyed an impressive period for his country since making his Test debut in 2017, accumulating 2,542 runs in 33 innings across all formats. After hitting 127 against Bangladesh in the first Test of the series, the 24-year-old moved up to the second place in ICC’s latest rankings, behind only Indian captain Virat Kohli.

Meanwhile, Australia’s Travis Head has continued to build on some strong recent form, pushing him up the rankings to fifth on the list. The South Australian has played just 15 Tests, but has made a real impact in the team since his debut in December 2018. His brilliant 92 against Pakistan in the first Test was a key factor in his improved ranking.

The success of both Babar Azam and Travis Head in the Test arena has cemented their place as two of the world’s top batting talents. Their achievements demonstrate the strength of cricket in their respective teams and can help inspire the future generations of cricketers in each country.

Pakistan’s batting mainstay Babar Azam has made a big jump in the latest International Cricket Board (ICC) Test Rankings after a successful home series against the touring Sri Lanka side.

Babar, who had been sitting on the fourth spot for some time, has now moved to the second position with 874 points. This achievement sees him only trailing behind Australia’s Steve Smith who is leading the rankings with 938 points.

Compatriot Travis Head has also breached to the top five for the first time, moving from the seventh to fifth spot after an impressive showing in Pakistan.

Babar began this season in the eighth slot with 793 points, however, with a successful home series against South Africa and Sri Lanka he moved up the ladder, reaching fourth position.He then went on to exceed expectations and rose even higher after finishing with 238 runs, leading the run scoring charts in the three match series in Pakistan, as they dominated and whitewashed the Sri Lankan side.

Head first entered the rankings in June 2018 and has done a decent job sustaining himself as the premier batsman of Australia for the past two years. He finally earned his highest ranking to date, with a total of 728, after posting his best series performance yet with a total of 207 in Pakistan, giving him an 11-point boost.

The rankings were further bolstered by the presence of two Sri Lankan batsman, Kusal Perera and Kusal Mendis who made it into the top 20 after their impressive performances against Pakistan. Kusal Perera rose to as high as the 11th spot while Kusal Mendis made a new career best of 15th position.

The latest rankings act as a major breakthrough for Pakistan and Australia. This is a clear indication of the progress being made by both the sides and the healthy competition they are bringing in the game of cricket.