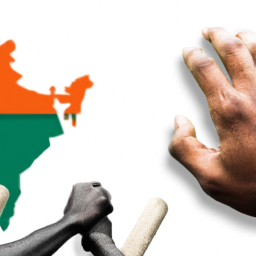 Bangladesh fight back after Pujara, Iyer prop up India

On Wednesday, January 22nd, Bangladesh faced a tough challenge as they faced off against India in the first Test match at the Holkar Stadium in Indore

On Wednesday, January 22nd, Bangladesh faced a tough challenge as they faced off against India in the first Test match at the Holkar Stadium in Indore. India, who won the toss and opted to bat, started well and were 106/2 by the end of the day, thanks to some brilliant batting from Cheteshwar Pujara and Shreyas Iyer.

Despite being down on the scoreboard at the end of the day, Bangladesh had plenty to take away from their first day of Test cricket. Nasum Ahmed, who opened the bowling, did well and was unlucky not to pick up a wicket, while vice-captain Mahmudullah Riyad and off-spinner Mehidy Hasan Miraz combined to provide a reasonably tight line and limit India’s scoring opportunities.

Bangladesh fired back on day two as they picked up three quick wickets. Left-arm pacer Abu Jayed was the standout performer, picking up the wickets of Mayank Agarwal for 55, Pujara for 45 and Rohit Sharma for 5. Skipper Mominul Haque then helped the cause further by picking up the next two wickets, as India were reduced to 200/7.

However, Bangladesh’s resistance was ended by the third-wicket partnership of Iyer and Wriddhiman Saha as the duo frustrated the Bangladeshi bowlers to help India cross the 350-run mark. This stubborn stand ended after Saha was dismissed late on day two for a crucial 65, with India finishing the day on 380/9.

Bangladesh had a difficult task ahead of them going into day three but they fought back admirably. Skipper Mominul Haque was the star of the show as the Bangladesh batsmen followed the Indian template and played out the day without any wickets falling as they successfully saw out the day and ended on 53/0.

This display of resilience demonstrates just how far Bangladesh have come as a Test-playing nation, being able to compete with the more established teams. This match ended in a draw but it certainly was an entertaining and competitive match, with both sides giving their all and giving their fans something to cheer about.

Bangladesh fight back after Pujara, Iyer prop up India

India continued their winning streak against Bangladesh in their recent seven-wicket victory in the second Test Match at the Eden Gardens. India, which won the first Test match at the Holkar Stadium in Indore, now leads the two-match series 1-0.

The highlight of the India’s performance was the amazing knock of Cheteshwar Pujara (58) and Shreyas Iyer’s knock of 70 runs. Pujara has been in terrific form in the series, and he once again showed his dominance over the Bangladeshi bowlers. His partnership with Iyer was decisive in completing the run chase. Iyer, who was making his Test debut, played a stylish innings, displaying his range of shots and determination in the process.

The Bangladeshi batsmen, however, put up a gallant fight and made India work hard for the win. The lower-order batsmen put up a strong resistance which pushed India’s target to 209 runs. The partnership between the young batters Mehidy Hasan Miraz and Nazmul Hossain Shanto was a great show of grit and determination.

Ravichandran Ashwin, who is having an impressive run in the test series so far, further solidified his position as the premier all-rounder in the team. His six-wicket haul in the second innings was decisive in containing the Bangladesh batsmen.

Though Bangladesh fell short of the target set by the Indians, they can take solace in the fact that their lower-order batsmen displayed courage and fought till the end. Their performance will be a crucial takeaway for the team as they look to come back stronger in the coming matches.

India leads the series 1-0 after the win in Kolkata. The series still hangs in the balance as the teams prepare for the final Test match in Nagpur. India will be hoping that their batsmen can maintain their form and Pujara and Iyer can once again be decisive in setting up a win.