Bombarding TV with too many dramas is bad for art: Khalid Ahmed


Technological change and progress impacts everything on its path, be it art, culture or languages for that matter. The fourth and final day of the 15th Urdu Conference saw leading names of the media industry come together to analyse our response to all such rapid changes in the panel discussion titled ‘Ikkisween Sadi Mein Funoon Ki Surat e Haal’.

Ahmed kicked of the conversation by highlighting how the ‘abundance’ of content online is the actual culprit behind what is happening to modern TV. “When we have too much of anything, it becomes too overwhelming for the audience, such as the 100-150 serials coming onscreen in a year. Most people can’t even watch all of them, but their production continues,” he said. 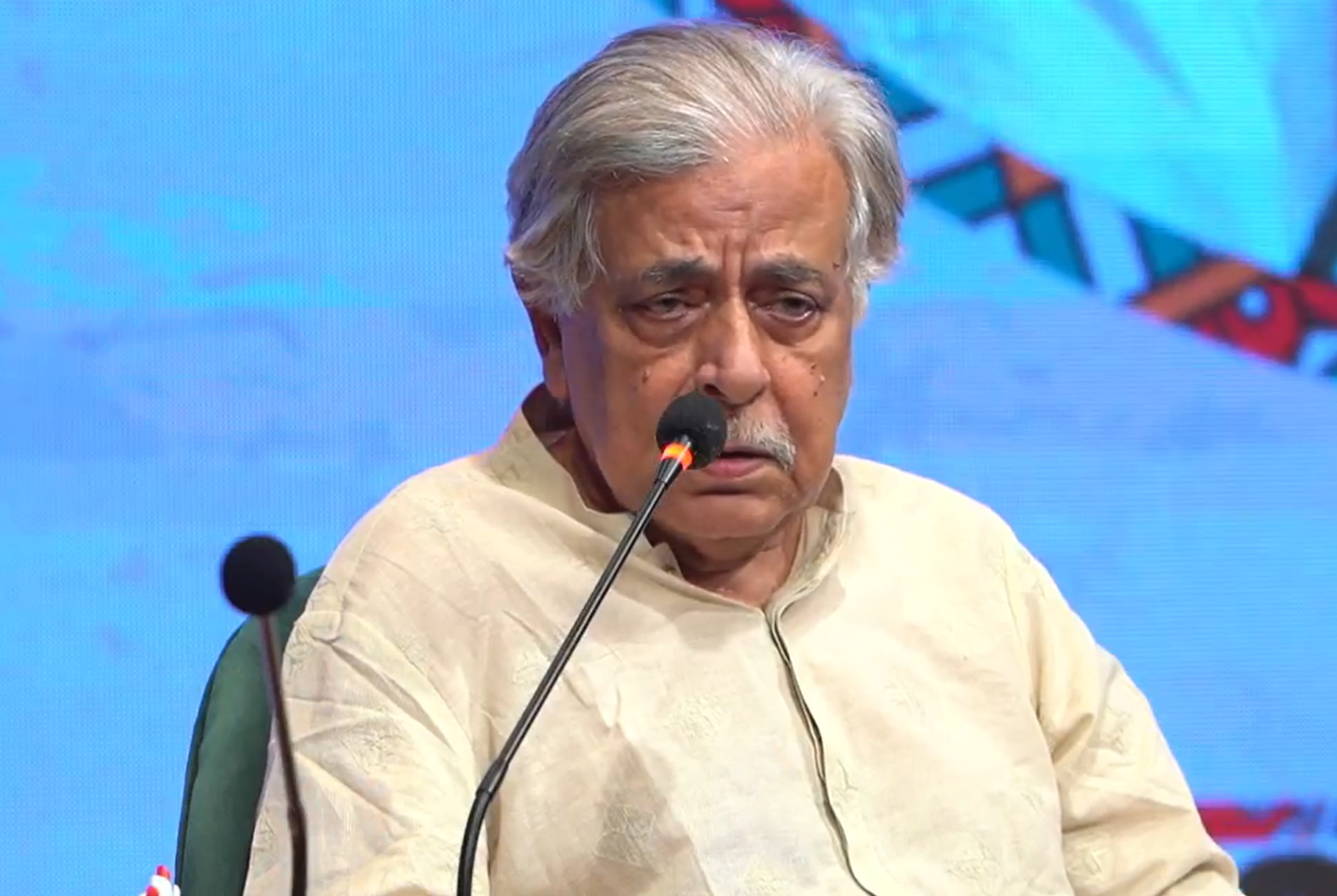 He then detailed his own experience of watching films online. “When I watch Netflix, I keep scrolling for a while and then just close the streaming platform because I can’t decide on what I want to really watch. There is so much content online and I would prefer viewing the best thing out of them, but how would I figure out a film that stands out from the rest?”

The Intezaar actor also elaborated on the formula behind commercial films. “Mankind has been created for scarcity, not for abundance. Having too much quantity of anything is dangerous. Consequently, our media industry is producing content on a never-ending roll, and that enables them to use formulas to get the best profit, similar to a factory. Therefore, films and TV shows are just based on a few instructions and fit together,” shared Ahmed.

Abbasi also spoke about the essence of time within the entertainment industry. “Time does change everything as it should because if the world stops, technically then it wouldn’t be appropriate. The speed at which everything is changing is quite surprising, thus we should adjust to the ongoing transition and new environment.”

Divulging more on the topic, the Aroosa actor talked about how Pakistan still needs to produce dramas that are up-to-date and don’t include the same old repetitive family politics. “When we talk about content, our country is full of Saas-Bahu, and Jethati-Deveerani problems which I believe are not important topics or issues for the contemporary world. There is so much else to see in the world, and so many subjects I would want my children to see as well, as they do on international channels,” said Abbasi. 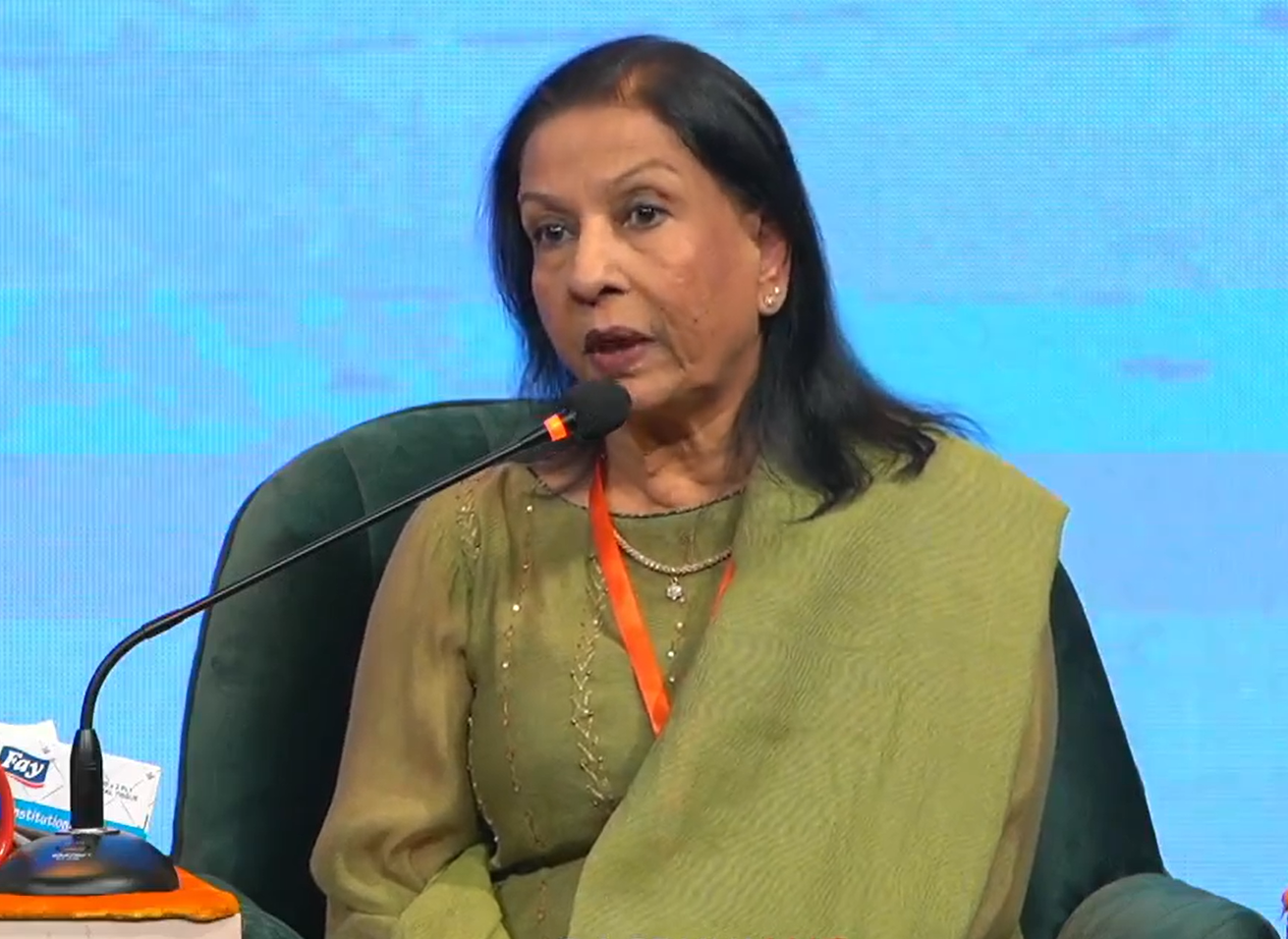 Contrary to Abbasi, Uxi Mufti had a polar opposite stance and did not believe in joining the hustle as his fellow peers. “In the past 25 years, we have lost a lot of our art amidst the desire to technologically move forward. For example, all our old-school musicians have died, including sarangi and rabab players. We don’t have prominent block printers anymore, and only two people are left in Multan who create blue tiles. Once these two are gone, then who will replace the tiles of our old Mausoleums? I will always talk about the past first and then move to the present,” said Mufti.

Mufti felt that people need to learn how to use technology effectively. “When we started recording on cameras, performers like Iqbal Bano and Farida Khanum were dismissed from television because people desired pretty women onscreen. I have seen the new producers of this generation tell Farida to not sit while singing Ghazals, but to dance around. So, if this is the use of technology in our world, we need to rethink.” 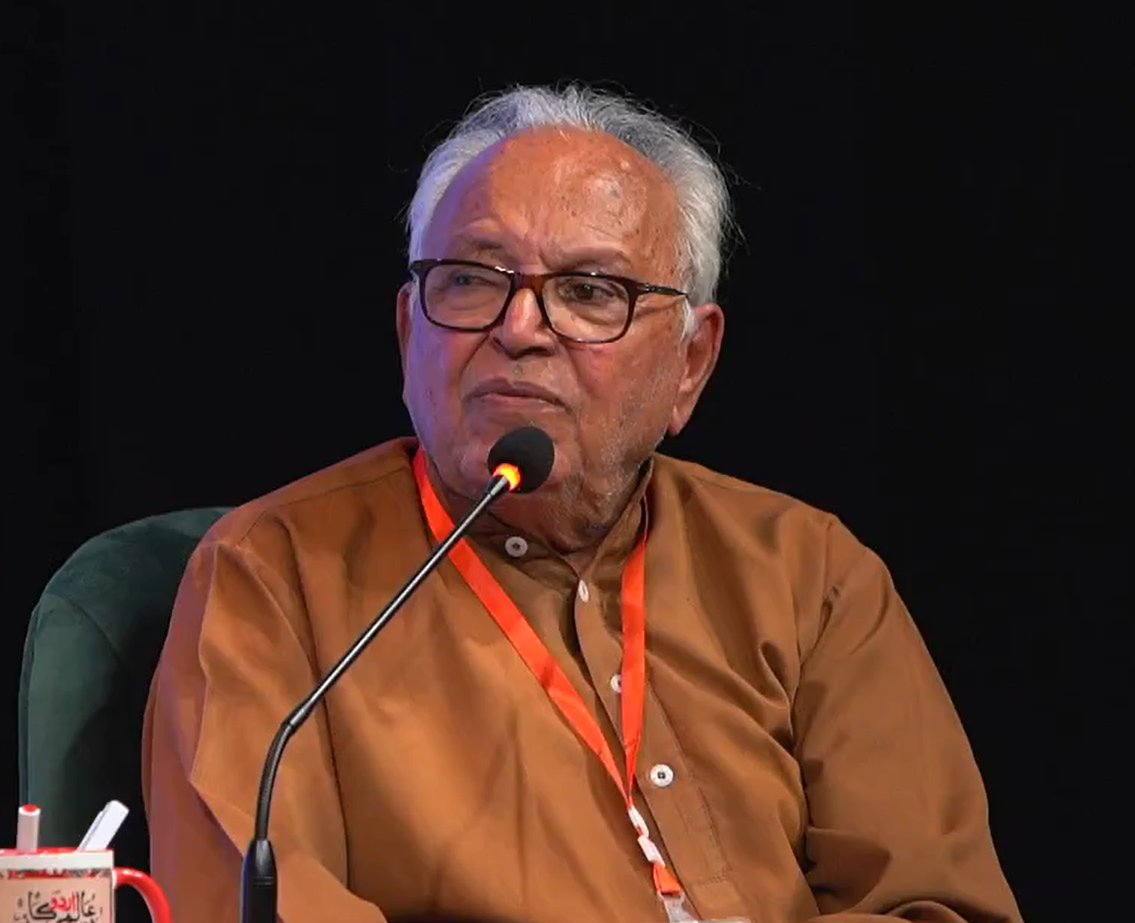 On another note, Shahid Shams, a famous fine arts professor also shared his experience with technology. He said, “Although I agree with Mufti’s observations to some degree, I don’t consider myself a pessimist. I personally believe in a better future if we all start acknowledging the part we play in making it that way.”

Shams also brought into context how technology has led many local artists such as Rashid Rana, Imran Qureshi, and Shazia Sikandar to prosper online, which cements his confidence in the future of arts. 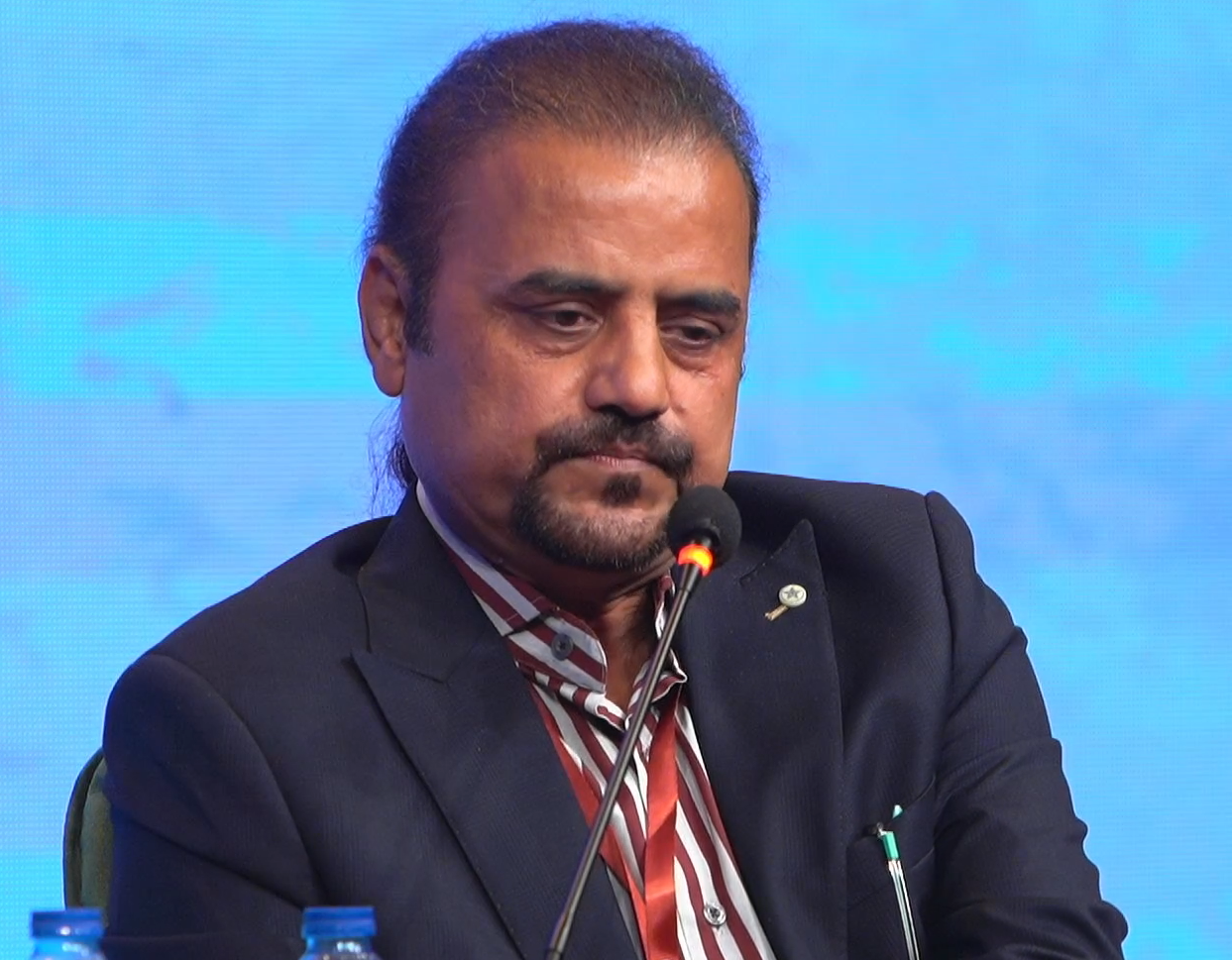 As the panel discussion came to a close, Bee Gul diverted the discussion towards linguistics. She highlighted how the lack of regional languages onscreen and their exclusion from mainstream cinema led to the death of many cultural art forms. Ahmed also elaborated on the value of verbal expression as a veteran performer.

“Language is a reservoir of wisdom for centuries, words, thinking, and behaviour are hidden behind the language and when you kill a language, you are letting go of the emotional and intellectual knowledge in it,” concluded the Talkhiyaan actor. 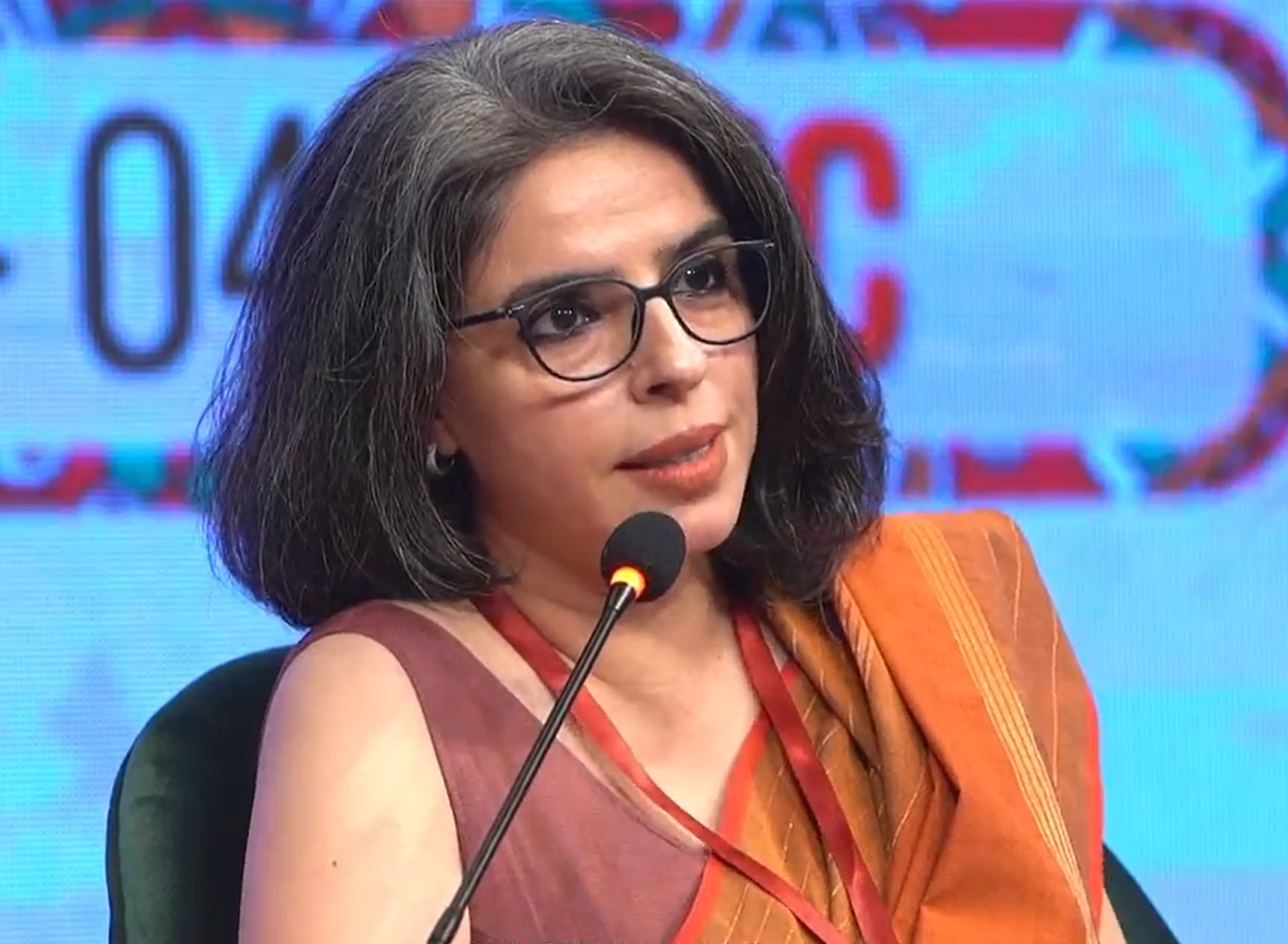 Have something to add to the story? Share it in the comments below.

Deutsche Bank upgrades Estee Lauder, says cosmetics stock will get a boost from China reopening in 2023 0