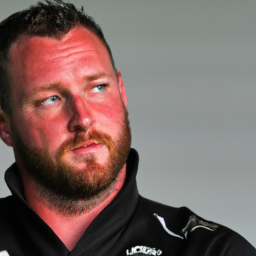 Brendon McCullum: ‘We’ll be pushing for results. If we get outplayed, that’s okay’

On the 25th of March, 2016, Brendon McCullum, the former New Zealand cricket captain, spoke on New Zealand’s upcoming tour of Sri Lanka starting on the 4th of April. McCullum said, “We’re aiming to take the game to the Sri Lankans and get the results we want. Results will be the goal, but if we get outplayed, that’s okay.”

McCullum, who will be New Zealand’s coach for the tour, is setting some high standards for the team. He has given the players a clear directive to strive to win, but he is also telling them to hold their heads up in defeat. McCullum is emphatic that this tour is about New Zealand pushing for the best results possible.

McCullum further added, “We will be pushing for results. If we get outplayed, that’s okay. It’s about learning, adapting and making continuous improvements. That’s how we will build successful cricket teams and create a strong New Zealand.” He was drawing a strong link between performance on the pitch and the building of cricketing success in New Zealand.

It is a refreshing change of attitude from the usual ‘win-at-all-costs’ attitude that is prevalent in sport. McCullum is clearly pushing his players to strive for their best, win or lose. It is a reminder that the journey to success is a difficult one and the development of talent is the most important thing.

Early signs suggest that McCullum’s approach is already having a positive effect. On the 11th of March, the New Zealand teams for both the men’s and women’s tour were announced, which included an emphasis on promoting young talent. This is a great sign that McCullum is adhering to his philosophy and taking the New Zealand cricket team in the right direction.

It remains to be seen whether New Zealand can take their game to the next level under McCullum’s reign. However, one thing is for certain. The Sri Lankan tour will be a great indicator of their progress.

Brendon McCullum: ‘We’ll be pushing for results. If we get outplayed, that’s okay’

Former New Zealand captain Brendon McCullum recently had an interview with ESPNcricinfo in which he spoke about his future cricket ambitions. The legendary batsman admitted he will be pushing for results no matter what, but is also prepared if his team gets outplayed in the process.

McCullum had a successful tenure as New Zealand’s national team captain, leading the team to its first ever Test victory against India (2014) and a finalist in the 2015 World Cup.

During the interview, he reflected on his approach to management, saying he set goals and expected excellence from the players. He was very assertive in asking for performance from his team. In the words of Brendon, “I’m absolutely going to expect a lot of myself and of the team.”

When asked about his future ambitions, McCullum had some ambitious plans. He spoke about wanting to lead his own team, playing cricket around the world and pulling out all-stop strategies to win.

Although McCullum’s playing career has come to an end, the New Zealand cricket legend is still very much in the game. He continues to push for excellence and believes that as a leader, you have to maintain a sense of extreme confidence, even when things don’t go your way.

In the words of Brendon, “Regardless of the outcome, you still have to be confident in what you’re trying to achieve.”

• Brendon McCullum was the captain of the New Zealand national cricket team.

• He was decisive in demanding performance from his team and pushing for results, but also prepared to accept defeats.

• McCullum still has future cricket ambitions and believes in leading with confidence.