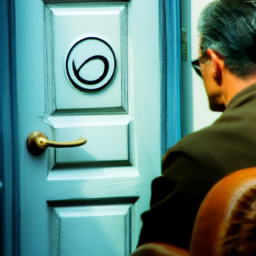 The Cricket Australia (CA) has opened the door for David Warner's possible return after amending its players' code of conduct.In the wake of the bal

‘He’s eager to continue’ – no hint from Warner on impending Test retirement, says McDonald
Head 152, Warner 106, England 142 all out
Warner back in top five in ODI batting rankings; Conway moves to No. 3 among T20I batters

The Cricket Australia (CA) has opened the door for David Warner’s possible return after amending its players’ code of conduct.

In the wake of the ball-tampering scandal that occurred in South Africa in 2018, where Warner, his fellow opening batsman, Cameron Bancroft, and the then-captain, Steve Smith, were involved, Warner’s international career at that time appeared to be over. Smith and Bancroft were both suspended for significant periods, while Warner was excluded from the game for 12 months.

However, the CA has now announced a significant amendment to the code of conduct which allows players who have served relevant sanctions for a cricket offence to be eligible for consideration for selection.

The new provisions recognize that returning players must have a demonstrated commitment to adhere to the highest standards of ethics and behaviour, both on and off the field. Players who have served sanction periods must also have completed all relevant rehab or education requirements.

In a statement following the announcement, CA’s Board Chairman, Earl Eddings, said, “We want to ensure we are providing a pathway for everyone to return to cricket, provided that any sanctions imposed are fully served.”

The amended provisions will be applied retrospectively, meaning Warner could now be considered for selection by the Australian Test team, breathing new life into the 33-year-old’s hopes of a playing return.

The CA’s decision has been applauded by many in the cricket community, who have expressed hope that Warner can have a successful return to the game despite his misdemeanour.

Cricket Australia has amended its code of conduct following a review which could potentially enable the return of former Australian Vice-Captain David Warner to a leadership role. The review of the code of conduct was a response to the ball-tampering scandal that took place during the South African test series in 2018 involving team-mates David Warner and Steve Smith.

What was the review?

The review recommended a change to Clause 8 of the code of conduct, which would allow CA to prevent or restrict a position or role held by a player on the grounds of being ‘unfit to be held’. CA has accepted this recommendation and the new clause means that a role can be summarily terminated if found to be incompatible with the position.

What does it mean?

The new clause means that CA have opened the door for the potential return of Warner to a leadership role. Warner was banned from any form of leadership position for 12 months following the ball-tampering scandal and his involvement in the episode.

CA board chairman, Ranjitsinh Disale, expressed his satisfaction at the review:

“The findings and recommendations of this review are very significant and will help Cricket Australia apply consistent and fairer guidelines on how we manage misconduct and integrity.”

Here are the key points from the amended code of conduct:

Labuschagne: ‘I am who I am because I am obsessed and I am obsessive’ 0