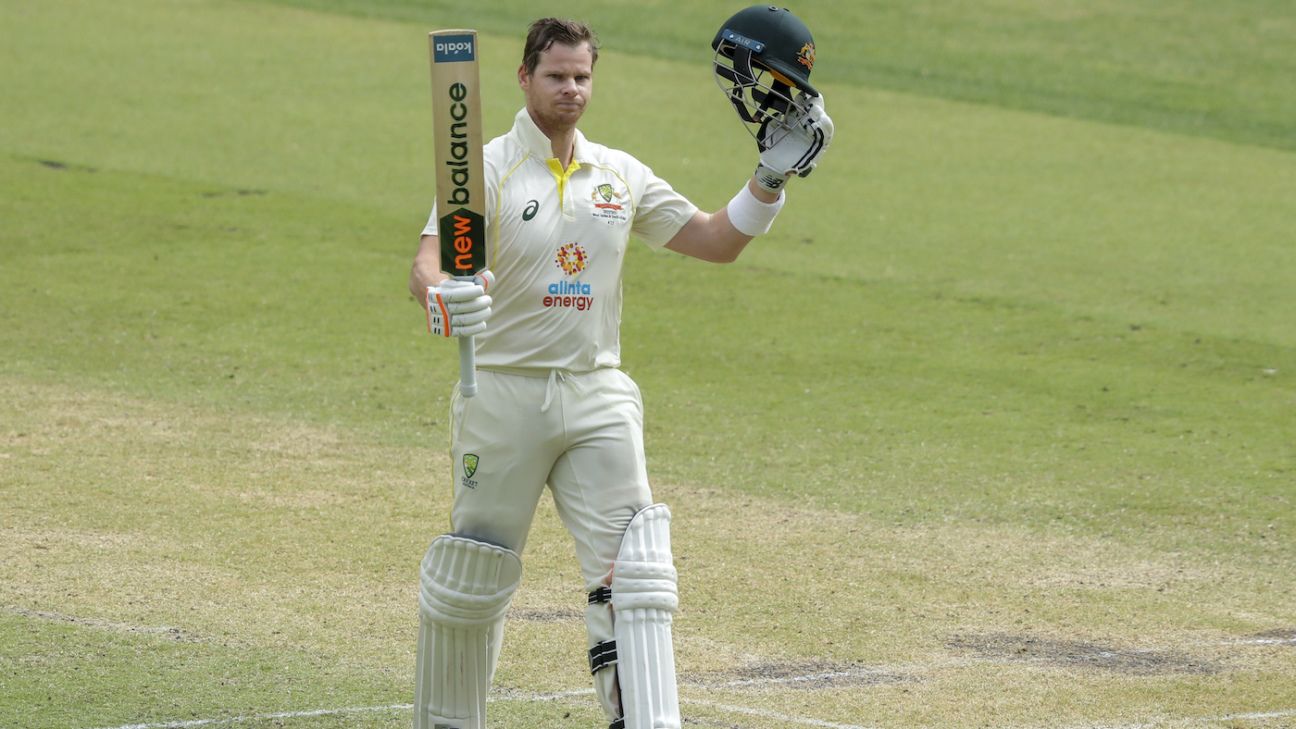 After spending 152.4 overs in the field, Chanderpaul impressively defied Australia’s star-studded attack alongside skipper Kraigg Brathwaite as the West Indies showed belated fight in a bid to claw back into the match.

Chanderpaul, the son of legendary batter Shivnarine, copped an initiation into Test cricket as he edged a sharp delivery from quick Mitchell Starc through the slips. He then was hit on the pads by Starc only for the not out decision to be upheld in an umpire’s call.

Chanderpaul was all at sea against quick Josh Hazlewood’s accuracy before a fluent drive through long on was a much-needed confidence boost. But he was back in the wars after being hit in a delicate spot, which required medical attention, before copping blows to the body from fierce short balls from Cummins and Hazlewood.

Showcasing doggedness and similar technical characteristics to his father, Chanderpaul soldiered on gamely and started to look increasingly comfortable on a pitch playing few tricks. He unleashed several cavelier shots to counter the short ball but made it through his first test in this format.

The gritty opening partnership has provided a much-needed spark for West Indies after a forgettable performance in the field.

Australia declared 15 minutes into the final session when Travis Head was bowled for 99 just one delivery after Smith brought up his fourth Test double century.

Head’s dismissal brought a close to Australia’s massive first innings, where they had three straight century-plus partnerships to vindicate Cummins’ decision to bat first on a green-tinged Optus Stadium surface which hasn’t produced fireworks so far.

Australia’s massive innings was dominated by Smith and Labuschagne, who combined for a 251-run partnership and batted almost through the entire first session.

Labuschagne reached his second Test double century just before lunch, celebrating by taking off his helmet followed by an enthusiastic wave of his bat. Two balls later, out of nowhere, he was dismissed just short of his highest Test score of 215 when he edged the spin of Brathwaite to wicketkeeper Josh Da Silva.

Riding a dose of luck, Labuschagne continued his strong form at Optus Stadium, where he scored 143 and 50 three years ago against New Zealand in the last Test played at the ground.

Just before lunch, Smith equalled Sir Donald Bradman with his 29th Test century. He reached the milestone with a single to long on, who was strangely not brought in to restrict the run.

Even though the match meandered amid a smattering of fans, who started to create their own excitement by mocking West Indies’ sloppy fielding, Smith was unwavering in his concentration. He also reinforced his penchant for his new refined technique, where he has eradicated shuffling across the crease.

Eyeing a declaration, Australia put the foot down in the second session with Head scoring at better than a run a ball in a 166-run partnership with Smith to flatten a lifeless West Indies attack.

After aggressive captaincy early on day one, Brathwaite’s 30th birthday was soured as he sought a defensive approach and he might face further criticism for his use of the bowlers.

Quicks Alzarri Joseph and Jayden Seales were surprisingly not used in the first hour despite West Indies needing early wickets to claw back into the contest.

Brathwaite finally had some cheer later in the day in a rearguard along with his new opening partner Chanderpaul in belated signs of life from the tourists.

Tristan Lavalette is a journalist based in Perth