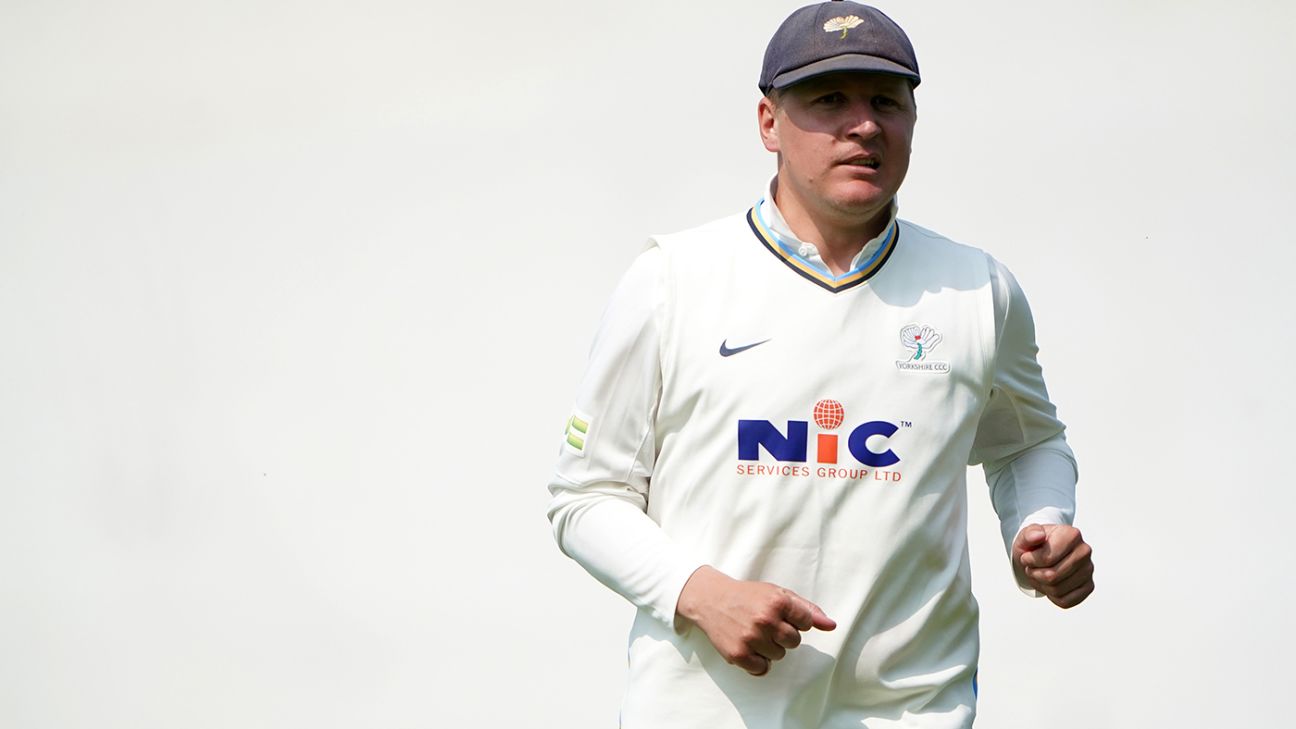 Gary Ballance, the former England batter, has been released from his contract with Yorkshire, after requesting the chance for a fresh start to his car

‘Simple mindset’ powers Deepti Sharma’s explosive knock against Australia
Cricket Australia chair Lachlan Henderson to step down
Hasan Ali in line for Pakistan return as Haris Rauf replacement
Gary Ballance, the former England batter, has been released from his contract with Yorkshire, after requesting the chance for a fresh start to his career following the damaging revelations that emerged during the club’s racism scandal last year.

Ballance, the former club captain, played 23 Tests, as well as 16 ODIs, between 2014 and 2017, scoring four centuries at an average of 37.45 that compared favourably with many of England’s other middle-order selections in that period.

However, he was heavily implicated in Azeem Rafiq’s explosive testimony during the DCMS parliamentary hearings in Westminster last November, after his use of the racial slur “P**i” had been deemed to be “banter” in the initial report into allegations of institutional racism at Yorkshire.
Ballance, who was born in Zimbabwe but was educated in England, claimed in mitigation that the word had been used in the context of a friendly relationship between the two players, with Rafiq referring to him as “Zimbo” in return. However, earlier this year, he met Rafiq in person to apologise.

He has not played for Yorkshire since the end of the 2021 season, having taken a lengthy break from cricket to manage his mental health, during which time he has been supported by the club. However, with his contract due to run until the end of the 2024 season, he has agreed he will not play for another County Championship team in the 2023 season. A return to playing in Zimbabwe – and potentially putting himself forward for international selection – is his likely next step.

He is one of seven Yorkshire players and staff to be charged by the Cricket Discipline Commission in relation to the racism case, although the hearing has been postponed to the new year following a series of appeals.

“It has been a privilege to play for this great club,” Ballance said. “On a personal level, I have gone through a challenging period – and after much discussion I decided, together with my family, that it would be right to make a change. I asked the club if it was willing to release me from my contract, and I am grateful for its understanding as we have reached agreement.

“The support Yorkshire has given me off the pitch over the past year has been fantastic and I am appreciative of the club’s help, but I hope that my decision will mean that my career can have a fresh start.”

Darren Gough, managing director of Yorkshire cricket, said: “We are sad to see Gary go, but he leaves with our best wishes. He has been a mainstay of our side for many years, and a superb batsman. As a club, we recognise that the last 18 months have been difficult for Gary, for numerous reasons, and the most important thing for him is to get better and play again. He felt he could not do this at Headingley, and we agreed to his request reluctantly but knowing that it was the right decision for him personally.”