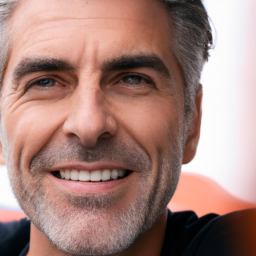 George Clooney has leveraged a simple strategy for staying relevant in the age of social media: complete absence.Widely regarded as one of the most

Billie Eilish opens up about backlash over her look, style choices
Gigi Hadid shows off baby bump in dreamy first maternity photoshoot: ‘Growin an angel’
This year’s Emmy nominations are pretty diverse, but not everyone is happy

George Clooney has leveraged a simple strategy for staying relevant in the age of social media: complete absence.

Widely regarded as one of the most successful stars in Hollywood for the past two decades, Clooney’s decision to stay off all social media networks has kept him at the forefront of public attention. Despite the plethora of opportunities to post videos, revelations and messages to boost ratings, fans and followers, Clooney has kept a strict no-social media policy, ignoring market trends in favor of a unique PR strategy that relies solely on the power of traditional independent media.

This decision has paid off in big ways for the actor and director. By shunning platforms like Twitter, Instagram and Facebook, Clooney has been able to dictate the terms of his public engagement. When he has something to say or an announcement to make, Clooney will likely have a press conference or appear on a talk show to share it, giving fans a wonderfully intimate experience, and ensuring that the words he speaks match his carefully maintained image.

Since Clooney does not need to keep up with the latest trends, or post attention-grabbing content to stay relevant, he also does not need to worry about public scrutiny. With no record of his thoughts or interpretations of world issues, he is free from the expectations of having to keel with the public mood on contentious topics.

All in all, Clooney’s strategy of staying off social media has been incredibly successful. By controlling his public appearance and refusing to be sucked into the frenetic, often overwhelming world of online engagement, he has been able to maintain his popularity without compromising his personal standards. For anyone seeking to find celebrity fame and success in the age of social media, Clooney’s approach may be worth emulating.

George Clooney may be a Hollywood A-lister, but he’s not a fan of modern social media. Nonetheless, he has managed to stay relevant and achieve stardom in this new age of digital connectivity. Clooney’s success is in large part due to his simple strategy and smart approach to using technology.

Despite avoiding the more popular social media sites, Clooney has stayed connected through various forms of digital media, including his website and email list. By utilizing these communications platforms, he has been able to stay in the public eye and establish an ongoing dialogue with his audience.

Clooney has embraced digital technology to further his professional goals. He launched a production company and has since used streaming services to distribute films, television shows, and videos. He’s also been able to make deals with advertisers and sponsors for exclusive content. Furthermore, his website serves as a one-stop hub for news, interviews, and updates about the star.

Strategic Use of Social Media

Though he’s avoided using these sites on a personal level, Clooney has occasionally engaged in more traditional forms of social media. He often posts on Twitter and Instagram when promoting projects or events, and he’s even collaborated with influencers and brands on sponsored content.

The key to George Clooney’s continued stardom in the age of social media is his simple strategy. He’s open to embracing new technology, but he does so selectively and strategically. And he’s willing to engage with his audience on his own terms. It’s this balance that has allowed him to stay relevant and maintain his star power.

George Clooney is adept at utilizing modern technology while avoiding social media burnout. His approach is wise and intentional: He harnesses digital platforms to reach his professional goals and occasionally engages with his fans on his own terms. It’s not just a formula for success—it’s a smart strategy.