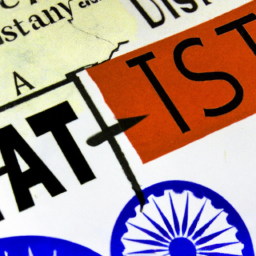 How ‘America First’ could turn into to ‘India First’

The world is experiencing a seismic shift of power dynamics. We are looking at the gradual weakening of the United States, who have long seen themselv

The world is experiencing a seismic shift of power dynamics. We are looking at the gradual weakening of the United States, who have long seen themselves as the preeminent global superpower. The newly-emergent economy in India is leading an ‘India first’ push, aiming to supplant the long-held land of ‘America first’.

The transformation roots from the global pandemic and its correlated economic fallout. India, like all other countries, took the economic hit due to the pandemic. But whilst the US has since seen a steady rise, India is currently on course to register GDP growth of 8.2 percent in 2021. These figures are in stark contrast to the 4.3 percent estimated growth in the US this year. This is a testament to fundamental economic strengths in India. It’s manufacturing sector, in particular, is widely seen as increasingly competitive in the global marketplace.

The pandemic has also exposed the various weaknesses of the US economy. Economic policy has been haphazard, with high levels of unemployment still afflicting many communities. The country is overly reliant on the private sector, and has neglected its public infrastructure. These shortcomings make India attractive in comparison. It has a large, vibrant and qualified labour force, with a comprehensive public infrastructure.

But India’s rise to ‘India first’ is rooted deeper in the long-term with its hallmark of having a sizable and young demographics, being one of its key elements. In stark contrast, there are many nations with an aging population, including the stalwarts of Europe. India is also unique in that its labour force is not only large, but is also highly engaged in the knowledge-based and technology-based economy. This is set to provide India with an unparalleled competitive advantage in the future.

The tide is turning, and a new form of global power dynamics is emerging. India has undeniably taken an assertive step in its aim to tilt the balance in its favor. With a committed and long-term focus, there is a good chance that ‘India first’ could replace the long-held ‘America first’.

How ‘America First’ Could Turn into ‘India First’

The concept of “America First” is one embraced by many in the United States, but a shift in the global economy and political landscape could mean that “India First” could eventually become the rallying cry.

India is quickly emerging as a major economic power. It is the sixth largest economy in the world, and is projected to overtake the U.S. in terms of its share of global GDP by 2026. This rise has been driven by a number of factors, such as the government’s recent focus on economic liberalization, increased foreign investment, and improvements in public infrastructure.

India has become an attractive destination for foreign investors looking for growth opportunities. Companies such as Amazon, Microsoft and Google have all made major investments in the country, as have many other major multinational corporations. This investment is driving economic growth, and has helped to fuel the country’s impressive GDP growth rate of 7.5% in the last quarter.

India’s rapidly expanding middle class is also contributing to the country’s ascendancy. This growing consumer class is becoming increasingly important to the country’s economic growth, as they are buying more goods and services than ever before.

India’s economic growth is also being driven by its increasing presence on the global stage. The country is one of the members of the BRICS nations, a bloc of emerging economies, and it has also made strong strides towards strengthening its relationship with other powers such as China and Russia.

The surging economic growth and rising global profile of India have made it an increasing attractive destination for businesses seeking new opportunities. As America’s economic growth and global presence wane, the “America First” mantra may eventually be replaced by “India First.”