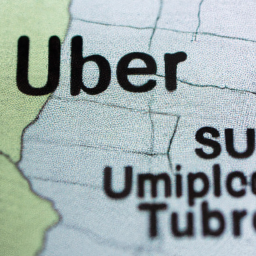 India’s leading taxi-hailing app, Ola, has heavily criticised the approach taken by rival Uber in the country. Speaking at a recent industry event held in Mumbai, Ola’s CEO Bhavish Aggarwal took a thinly veiled swipe at the business model Uber has chosen to utilise in India.

Aggarwal noted that Uber has chosen to focus on its “luxury” fares – that is, to cater to those seeking higher-end and more expensive forms of transport – whereas Ola has been more closely aligned with India’s “hybrid” market – saying that they provide more economic alternatives to customers.

Aggarwal noted that Uber’s higher-priced approach is not something that fits in well with India’s economic condition, where many of its citizens on low to middle incomes still struggle to provide for their daily needs. He went on to explain that Ola caters to these people, providing only taxis but also autos, bikes and other types of transportation that are more tailored towards the local marketplace.

By pitting itself against Uber in this way, Ola has made clear its own business model – a focus on the broader Indian public rather than the luxury market – a goal which has yet to be achieved by its US-based rival.

It may still be some time before the full impact of Aggarwal’s comments is known. But what is clear is that Ola has chosen to offer a clear alternative to Uber in the Indian market – something which Uber will no doubt be keeping a close eye on.

India’s competition to global Cab aggregators Uber and Ola have slammed their business models. According to Bangalore-based cab aggregator Zipgo Service Pvt Ltd, the two companies misuse the concept of technology-enabled services to misdirect the industry.

ZipGo CEO, Pritesh Gupta alleged that Uber and Ola have used technology infrastructure to create their own monopolies, capture markets and eventually control prices. He said “They have been the biggest offenders of the new entrants into the market … They have used predatory pricing, running into losses and harming other players to drive them out of business.”

With the entry of Ola and Uber into the Indian Cab Aggrregation market, the industry saw a rapid change. Ola and Uber caters to tier-1 cities like Bangalore, Mumbai and Delhi and is steadily making its way to other cities.

The emergence of these companies have had a dramatic impact on local cab hailing services. Consumers have slowly began heavily favoring Uber and Ola due to its convenience and discounts. Zipgo’s claim is that the new players have left local companies desperate for resources and have employed unfair pricing tactics that are not sustainable.

ZipGo has now entered into a partnership with the Bangalore Metropolitan Transport Corporation (BMTC) which would enable the company to introduce an app-based service to book a BMTC bus. The venture also plans to install GPS trackers on every bus and promises maximum safety for its customers.

Zipgo also closed a $9 Million pre-series B funding and plans to use the capital to introduce new services such as bike-taxi, carpool and shuttle services. CEO Pritesh Gupta has expressed confidence that the company will take advantage of the growing transport market and will be the forefront of technology enabled transport services in India.

Indian app-based taxi-hailing industry is highly competitive and is witnessing high rates of growth. Uber and Ola have managed to gain a significant market share, however other start-ups who are more focused on regional markets may achieve better rates of growth.