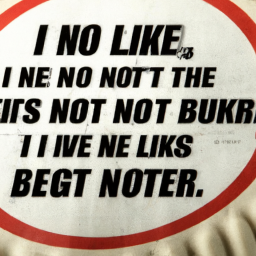 ‘It is not true’ – Langer adamant no cricket rift exists

Australian cricket coach Justin Langer has recently stood firm in the fact that allegations of unrest in the team are false.Speaking during a press

Mark Wood blasts the openings as Saud Shakeel, Mohammad Nawaz battle for Pakistan
Shakib 5 for 36, Ebadot 4 for 47 as India bundled out for 186
BBL: Jimmy Neesham signs with Hobart Hurricanes

Australian cricket coach Justin Langer has recently stood firm in the fact that allegations of unrest in the team are false.

Speaking during a press conference, Langer insisted that reports of a rift between the players, in particular over-the-top celebrations following victories, are simply untrue.

“It’s not true. I can absolutely promise you there is no rift in the team,” Langer said.

“Everyone is extremely passionate about playing for Australia, and when we win, that usually involves good teamwork and celebrating together. That’s what we’ve done and will continue to do.

“The stakes are higher for us and for our fans, and emotions and nerves can run high. That can lead to tensions, but it’s part of being an elite athlete and doing something you’re passionate about.”

Langer went on to add that he relies on the players to be honest with him and that he has been kept informed on any issues within the team.

“My trust levels with the players is incredibly high,” Langer said.

“And to be honest with you, I’m acutely aware of any issues because they keep me informed whether I want to or not.

“So yes, there’s obviously ups and downs any time you’re dealing with human beings but it’s all part of being a successful team. We have a great team culture here, and I’m very proud of it.”

With the team preparing for the Ashes series, winning the trust of the players is a priority for Langer, who said that his delivery of team meetings has been met with positivity by the players.

“I’m pleased with the general reception of our team meetings, not just from the players but from the staff as well. We know what’s important and that’s to focus on playing cricket. The rest is just noise.”

Australian cricket captain Justin Lager has hit back at rumours of a rift between himself and the team, denying the speculation and insisting it is not true.

Speaking to reporters Lager said “There is absolutely no rift, I stand by my team and that is that.”

The rumours suggested that Lager was having disagreements with players and was seen having heated exchanges with coach Darren Lehmann during the Ashes series against England.

Lager has firmly denied any disrespect towards any members of the team or the coaching staff insisting it was just part of the game.

He said “I don’t agree with everyone all the time and yes, I can get passionate but there is no disrespect in that and I’m proud to be leading this team.”

The Australian captain is determined to guide the team back to success and his leadership has been praised and respected by everyone in the team.

The team has performed well under Lager’s captaincy and he is determined to lead the team to victory in their upcoming series.

Lager is renowned for his ability to maintain morale in the team and has done so throughout his leadership of the team.

He has made sure that the team is working together and staying positive, which is the key to the team’s success.

Despite the unfounded rumours, Lager is adamant that there is no rift in the team and that the focus is to get back to winning form. He is determined to lead the team to success both on and off the field and prove the doubters wrong.

Lager’s leadership and dedication to the team and their goals is an example of what it takes to be a successful captain and he will no doubt continue to lead the team to further successes in the future.