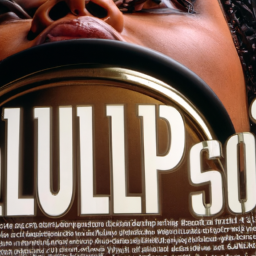 Today renowned and celebrated artist, Jill Scott, just announced a special 23rd anniversary tour to celebrate the release of her debut album "Who is J

Today renowned and celebrated artist, Jill Scott, just announced a special 23rd anniversary tour to celebrate the release of her debut album “Who is Jill Scott? Words & Sounds Vol. 1”. Following passionate performances on the festival tour circuit, Jill Scott is thrilled to bring her breathtaking and soulful music to various stops along this upcoming celebration tour.

The tour will take her all over the U.S. and Canada, starting September 12th in Fairfax, VA, and wrapping up November 22nd in Oakland, CA. Scott plans to revisit some of her classics from the debut album and give fans a chance to hear an array of recent and beloved music as well. Special guest appearances are planned for different stops as well.

“Who is Jill Scott? Words & Sounds Vol. 1” infamously dropped on July 18th, 2000, making it critically acclaimed and widely successful. Lead singles off the album such as “A long Walk,” “Gettin’ In the Way,” “He Loves Me (Lyzel In E Flat)” and of course “The Way” left a massive impact on the music industry with their R&B and Soul genre vibes.

Scott co-wrote every song on the album, displaying her songwriter prowess as well. This past June marked 20 years since the album was released, with several music industry professionals via social media congratulating and celebrating the impact of the record, solidifying it’s instant classic status.

“I’m excited to get back on the road and to celebrate an album that means so much to me,” Scott said. “This is really a time to reminisce and have some fun with my fans. We’re gonna go back – back in time and focus on this one album. I can’t wait for people to come out and help me celebrate.”

From her humble beginnings as a spoken word artist in Philadelphia, Jill Scott has consistently proven she’s an incomparable performer and award-winning artist. She has released 5 studio albums, 1 live album, 8 compilation albums and several EPs over the course of her career.

Jill Scott’s show-stopping performances, enchanting music, and coveted inscriptions of resonance have earned her 4 Grammy Awards, 4 NAACP Image Awards and multiple BET Awards. An outstanding and timeless artist, fans should especially get excited to experience her 2021 “Who is Jill Scott? Words & Sounds Vol. 1” 23rd anniversary tour, no doubt a tour to remember.

Singer and actress Jill Scott announced a special tour to celebrate the 23rd anniversary of her debut album, Who is Jill Scott? Words & Sounds Vol. 1.

The album, released in 2000, earned Scott four Grammy nominations and established her as a voice of neo-soul. To commemorate the album’s longevity, she has planned a four-city tour to start in June 2021.

Scott encourages her fans to experience the moment with her, as she reconnects them to her roots and celebrates the music that shaped the world. During the tour, Scott will take fans back to the classic songs, reinvigorating the uplifting music and stories from the 2003 classic.

This tour is a continuation of Scott’s summer 2020, The Light Of The Sun Tour, which completely sold out.

Scott exclaimed that it’s been an honor to be able to share her interpretations of her music over the years and can’t wait to take this very special tour all around the United States.

Tickets for the tour go on sale May 12th and fans should get their tickets fast, as the tour is sure to sell out quickly.