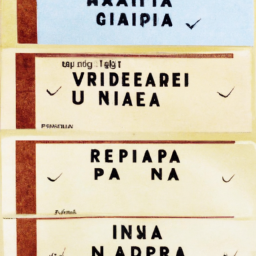 The Indian Cricket Board (BCCI) has recently announced that former stalwarts of Indian cricket, Mongia, Maninder, Ratra, and Das have applied for the

‘Bowl patiently, wait for mistakes’ – Taskin’s mantra for fast bowlers in flat Chattogram
Reuters reveals India asked by sanctions-hit Russia for parts for key sectors
Injury scare for Rohit Sharma during nets ahead of the semi-final against England

The Indian Cricket Board (BCCI) has recently announced that former stalwarts of Indian cricket, Mongia, Maninder, Ratra, and Das have applied for the Indian National Cricket Selector post.

The BCCI recently opened the recruitment process for National Selection Panel roles and the four veterans have put their names in the hat for the post.

Mongia is regarded as one of the best player for India in the 1990’s. He had a successful and distinguished international career that spanned from 1993 to 2000. He had scored 4,003 runs in 146 One-Day Internationals (ODIs) at an average of 25.71 with three centuries and 28 half-centuries along the way. He also scored 883 runs in the 30 Tests he had played with four half-centuries and a highest score of 58.

Maninder Singh was one of the leading spinners of his time. He had played 49 Tests, taking 136 wickets that included five five-wicket hauls and also had a best bowling of 7/27 which he achieved against England at Mumbai in 1985. He also took 114 wickets in the 86 ODIs he had played. He was a brilliant wicket-taking bowler and his tight spells had led India to many victories.

Prabhakar Ratra is another applicant who had represented India in 76 Tests and scored 5,248 runs with 12 centuries and 27 half-centuries. His international career had lasted for a decade after he made his Test debut against West Indies at Jamaica in 1981.

Amal Das had also played 21 Tests for India and had taken 72 wickets during his career that spanned from 1982 to 1986. He had a best bowling performance of 5/29 against Sri Lanka at Colombo in 1985.

The BCCI is expected to shortlist these four veterans among other applicants and make their decision in due course. It would be exciting to see these icons of Indian cricket don their new roles and serve the Indian team in their country’s pursuit to excellence in cricket.

Four Ex-Cricketers, Mongia, Maninder, Ratra and Das have applied for the Indian Selection panel post. This comes in the wake of the retirement of the previous members of the selection committee.

The former left-negative batsman, who made his debut in Indian Cricket in 1991, has been a strong selection contender having represented India for almost a decade before his retirement in 2001. He holds an array of records for highest and fastest runs made by left-handed players.

The Ex-Indian leg spinner has a lot of experience in the field of Cricket and has worked previously as a coach in IPL teams. His cricketing experience along with his technical expertize makes him a strong contender for this post.

The ex-Indian keeper has a lot of experience in cricket selection and has been a part of selection process in BCCI in the past. His vast cricketing knowledge will further aid in the process of selection.

Das is a former Test cricketer who has been a part of India’s domestic cricket scene since two decades. His experience of playing cricket in the domestic circle will prove beneficial in selection process.

The selection process is a hot topic at the moment and all 4 are considered as frontrunners for the post. With such variety of knowledge and experience among them, the Indian team is expected to gain from their selection. All four of them has proven their mettle as players and their approach towards selection is likely to have great impact on the Indian Cricket team.