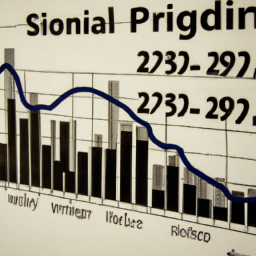 Oil prices have doubled in a year. Here’s why

The price of oil has more than doubled in the last year, with many believing the near-term outlook to remain buoyant. This increase in the cost of bla

The price of oil has more than doubled in the last year, with many believing the near-term outlook to remain buoyant. This increase in the cost of black gold has sent shockwaves through the global economy, as the rising cost of fuel threatens to push up inflation and squeeze profit margins. Here we take a look at the reasons behind the dramatic increase as it continues to affect markets across the globe.

In recent months, the price per barrel topped $70 for the first time since 2014 after dropping to a low of around $26 at the start of the year. This rocketing in price can be attributed to a number of factors, with supply and demand playing a key role in the price surge.

In 2020, the impact of the COVID-19 pandemic sent shockwaves through the global economy, causing economies to contract and consumer demand to collapse. As the demand for oil plummeted, so too did supply, as producers sought to balance their stocks with the lower demand. This imbalance saw a steep decline in oil prices and large fluctuations between months.

However, a combination of increasing demand as countries started to emerge from lockdown, OPEC production cuts, and US-led sanctions on Iranian oil exports have been the main drivers of the price rise. The Organisation of Petroleum Exporting Countries (OPEC) has limited production to counter falling prices, whilst US-sanctions have led to a cutback in Iranian oil-production, further limiting the availability of oil.

Looking ahead, the supply and demand imbalance is expected to remain, leading to some experts predicting a further increase in oil prices. For consumers, this means they can expect to pay more at the pumps and face increasing inflation. For governments, the higher cost of oil will squeeze public-spending and could lead to an increase in government borrowing.

Although the increase in oil prices is unwelcome news for many, the rising price of oil will be welcomed by producers and oil-rich countries. However, with the risk of further price hikes, many are looking to alternative sources of energy such as renewable sources and electric cars to limit their exposure to oil volatility in the future.

Overall, the situation shows that the cost of oil is still very much dictated by supply and demand, and that the global economy can be greatly affected by shifts in either. With the demand for oil expected to remain strong in 2021, the cost of fuel faces an uncertain future and governments must prepare for the possibility of further increases.

Oil Prices Double in a Year: Here’s What’s Behind It

Oil prices have certainly been on the rise in the last year. In fact, they’ve nearly doubled in the span of 12 months. It’s left many wondering what’s driving this incredible increase in prices. Let’s take a closer look at what’s going on.

First off, production levels have been relatively low for the past year. In part, this is because of the pandemic. Around the world, people have been using less oil as work and travel have gone down. Additionally, major oil-producing countries have been keeping production levels low as part of the OPEC+ deal.

At the same time, there has been an increase in demand for oil. Countries like China and India have been buying more oil, and Europe is expected to see increased demand as well. This has contributed to the higher prices.

Finally, there have been some political factors at play as well. Tensions in the Middle East have caused some uncertainty in the oil market. Additionally, recent U.S. policies could lead to supply issues and further price increases.

The bottom line is that the combination of low production, increased demand, and political factors has led to a doubling of oil prices over the past year. It seems likely that prices will continue to rise, so it’s important for people and businesses to keep an eye on what’s going on in the oil market.