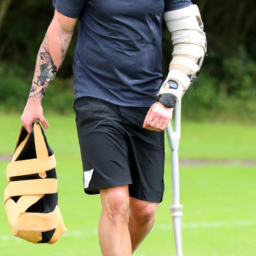 On Thursday, England cricket captain Eoin Morgan revealed in an interview with BBC Sport that Ollie Robinson, one of the team's standout bowlers, cons

On Thursday, England cricket captain Eoin Morgan revealed in an interview with BBC Sport that Ollie Robinson, one of the team’s standout bowlers, considered retiring from the sport due to an ongoing series of injuries during the English summer.

While Robinson had been an impressive contributor for England prior to this season, he struggled to remain fit throughout the summer, dealing with multiple injuries that eventually forced him out of the team for two months. During this time, Robinson contemplated retirement, with Morgan revealing that the cricketer “was strongly considering calling it a day”.

Thankfully, this course of action was avoided and Robinson returned to the English side for the fifth and final Test match against India. In a turn of events, Robinson was able to come back in fine form, putting in a superb performance with figures of 7/112 in the first innings and 7/53 in the second.

The return of Robinson is a big boost for England as they look to build on their summer success and prepare for a busy winter of cricket. Morgan was quick to praise his teammate, describing Robinson’s performance against India as “a massive statement”.

While there may have been a brief period where Robinson considered retirement, it is clear that it has been nothing but a positive for the England team and cricket fans alike, who can now enjoy watching one of the world’s best all-rounders in action.

The English cricket summer has been defined by the injury-induced absence of fast bowler Ollie Robinson, who, at one point, considered retiring from the game altogether.

Robinson’s troubles began in July 2020, when he picked up a side injury in a practice match for Sussex. This injury kept him out for the remainder of the 2020 season.

Having recovered over the winter, the budding fast bowler returned to make his England debut in May 2021. Unfortunately, his return wasn’t meant to be, as he suffered a recurrence of his side injury.

As a result of this injury setback, Robinson seriously considered quitting cricket. The young cricketer has since gone on record, saying he “wasn’t in the right place mentally, or in a good place with my body”.

Ultimately, Robinson’s determination to play the game won out. After taking time off to treat his body and mind, he is back training and ready to get to action.

Robinson’s injury-plagued summer has forced him to take a step back and look towards a longer-term future. As part of this approach, the player has put more emphasis on recovery and building his resilience to injuries.

Robinson will be looking to return to competitive cricket as soon as possible. With the hope that he can have a successful run in the game, the English cricket faithful will certainly be rooting and wishing him the best of luck.