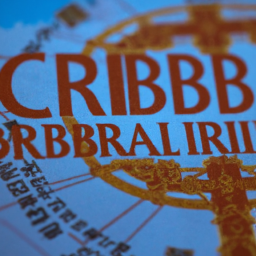 On August 21, Reuters reported that the People's Bank of China (PBOC) will provide low-cost loans to financial institutions that finance developers’ b

On August 21, Reuters reported that the People’s Bank of China (PBOC) will provide low-cost loans to financial institutions that finance developers’ bonds. This is part of an effort by the central bank to maintain stability in the bond market and increase support for the real estate industry.

The PBOC statement said that commercial banks could issue bonds for developers at low cost and receive financial support from the central bank. This will allow banks to reduce their own financing costs and provide additional funds to developers, making it easier for them to issue bonds.

The statement also said that the central bank will create a special window for commercial banks to purchase these bonds. Banks that issue bonds for developers will also be eligible to receive special funding from the PBOC.

The PBOC said that this is an effort to ensure the stability of the bond market, which has been under pressure due to increased defaults by firms. It also said that the measure will help encourage the development of affordable housing and provide additional funding to developers.

The PBOC is taking further steps to stimulate the economy, which has been impacted by the COVID-19 pandemic. The central bank has already reduced the amount of reserve funds that financial institutions have to hold and reduced the threshold for bad asset recognition.

The measure will help promote economic development and maintain stability in the bond market. It is also likely to increase the availability of low-cost funds for developers, which could help reduce the cost of housing and spur construction activity.

China’s central bank plans to support developers by providing cheap loans and other support strategies, Reuters reports. This is great news for developers who often find it difficult to raise money when it comes to funding complicated projects.

How the Central Bank is Supporting Developers

Why is the Central Bank Doing this?

The PBOC’s policy measures will help to stimulate the housing market and bolster growth in the real estate sector.

The bank aims to help developers access the necessary financing to fund large-scale and complicated projects. This can also help to encourage innovation and propel progress within the industry.

The regulations are part of the PBOC’s long-term economic policy to support economic growth and investment in the country.

The news from Reuters is sure to be met with enthusiasm from developers across China. By providing access to cheap loans and other support strategies, the People’s Bank of China is aiming to provide the necessary boost for developers and the real estate sector.