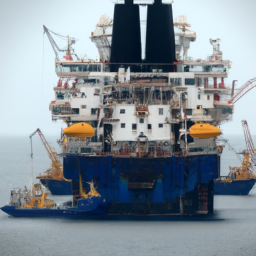 Reuters revealed today that Chinese giant Evergrande Group is considering restructuring its offshore debt with a sweetener—offering onshore assets as a form of payment.

Evergrande Group is one of the largest real estate developers in China, with estimated assets of $200 billion and over 75 million square meters of development land. According to Reuters, the company has been grappling with heavily leveraged debt, which has recently raised financial concerns from investors.

The company is now exploring new ways of restructuring its offshore debt, mainly with the aim of reducing debt costs and gaining access to cheaper funding. To achieve this, it is considering offering select onshore assets as a form of payment for its creditors.

It appears that Evergrande is looking for a balance between financial flexibility and debt costs, and it seems that the company is actively preparing for a debt restructuring. However, the outcomes of such a measure remain unclear, and it’s not all positive.

Financial analysts believe that Evergrande’s current debt levels are too high to sustain, and that the restructuring process is likely to involve considerable economic and financial risks as the company attempts to reduce debt costs.

In conclusion, the news of Evergrande’s debt restructuring plan is an important development to follow, but it remains to be seen how successful the company will be in balancing its financial objectives and obligations.

The cash-strapped developer is looking to offer its onshore assets, including landbank and some onshore property projects, as a token of security to its creditors. The restructuring plan could involve debt-for-equity swaps or a combination of restructured bonds and land as collateral.

The aim of the debt restructuring is to reduce the rate of interest, extend the repayment period and eventually improve liquidity. Reducing debt levels is becoming increasingly important for Evergrande given that its total debt-to-assets ratio has exceeded the level of 70% set by the Chinese government. In addition, the restructuring could enable the firm to reduce its interest burden, given that of its total borrowings of RMB 374 billion (USD 54 billion) for the first quarter of 2020, offshore debt accounted for about 65%.

The move is seen as a step in the right direction

The move is being applauded as a step in the right direction as it could help ease pressure on the developer’s cash flow, free up capacity for new projects, reduce debt levels, and improve its financial health. Experts also believe that it could potentially help the firm to access new sources of financing.

Brendon McCullum talks up Rehan Ahmed ahead of IPL auction 0