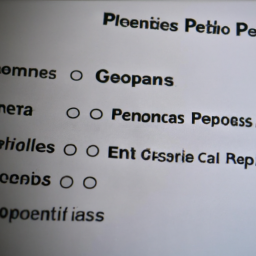 Public Power Corporation (PPC), the largest Greek power utility, has revealed that it has commenced an exclusive negotiation process with Italian ener

Public Power Corporation (PPC), the largest Greek power utility, has revealed that it has commenced an exclusive negotiation process with Italian energy group Enel, in order to acquire the latter’s Romanian energy distribution and retail business.

According to Reuters, PPC sent an offer to Enel in November, stating its interest in the acquisition. Enel has now accepted the offer and begun formal negotiations with PPC.

PPC reportedly intends to acquire Enel’s power distribution operations in Romania, which serves 1.8 million users in 6,000 towns. The current total value of the assets is estimated to be in the region of €350 million.

The move marks a major step in PPC’s aim to expand into overseas markets. Sofoklis Georgiadis, the PPC manager, said that the acquisition would “allow the company’s international business activities to broaden its horizon”. Georgiadis continued, “This is an important step for PPC in penetrating a new regional energy cooperation zone, namely, southeastern Europe”, adding that the acquisition would “amplify PCC’s operations and generate synergy effects”.

Enel’s decision to sell the Romanian division follows a series of disposals to reduce their €25 billion debt. According to Antonella Lobefaro, Head of Enel’s European division, the company hopes to reduce this debt to approximately €17.6 billion by the end of the year.

The negotiations between the two power companies are said to be in their early stages, and so far no details have been made available. It is expected that a deal will be achieved in the near future.

PPC has a strong presence in the Greek power sector, where it produces and distributes a major proportion of the country’s electricity. If the deal is successful, it would mark the first time that PPC has ventured beyond the domestic market, and could see them significantly expand and consolidate their position in the European energy industry.

Overview of the Deal

Enel holds a leading position as a clean energy provider in Romania and the planned divestment would include four active wind farms and six closed wind farms, as well as two closed photovoltaic farms. The size of the deal has not been disclosed yet, nor when it is expected to be completed, although the inflow of capital from the deal could give a signifacant boost to Greece’s energy industry, and potentially provide additional renewable energy resources to Romania.

Greece has made huge efforts over the past years to fully transition to renewable energy sources, carrying out decarbonization plans set out by the European Commission. By 2030, the Greek government has set a target of 65% of its energy mix comes from renewable sources.

This deal appears to be a strategic move to accelerate that plan and build self-sufficiency through renewable energy in the country.

The Benefits of Renewable Energy

Greece’s decision to acquire Enel’s renewable energy projects in Romania will give an important boost to the decarbonization plans set out by the European Commission and allow the country to further develop their clean energy resources. With renewable energy becoming increasingly competitive, this can act as motivation for other countries to transition away from carbon-heavy energy sources.

Mumtaz: Shaheen Afridi back to his best in the semi-final 0