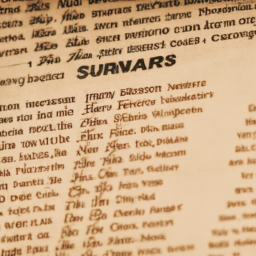 Reuters reveals Indian sugar mills have been renegotiating and defaulting on contracts to supply 400,000

Indian sugar mills have recently come under fire for renegotiating and defaulting on contracts to supply 400,000 tonnes of sugar to clients. According

Indian sugar mills have recently come under fire for renegotiating and defaulting on contracts to supply 400,000 tonnes of sugar to clients. According to a report released by Reuters, the Indian Sugar Mills Association (ISMA) notified traders in April that they had renegotiated certain terms of the agreement, including a reduction in quantity, quality, and delivery timing.

The issue has become a cause of concern for traders and other industry stakeholders, as some mills have reportedly failed to fulfil their contractual obligations. Furthermore, ISMA’s decision to renegotiate could have ripple effects throughout the industry, creating delays and disruption in supplies.

The main issue appears to be that the sugar mills have failed to meet the contracted volume of sugar, possibly because of a dwindling sugarcane supply. This, combined with falling sugar prices, has likely compelled them to renegotiate terms.

However, industry experts caution that renegotiating or defaulting on contracts could be damaging to the industry’s reputation as a reliable supplier. Moreover, the decision could hamper India’s efforts to expand its footprint in sugar exports.

While these measures may save the day in the short term, it is imperative that the government and the industry find sustainable solutions that are beneficial to all stakeholders. This includes finalizing pricing, establishing contracts that are legally binding and enforceable, and creating an environment conducive to resolving disputes, if and when they arise.

It is clear that futher negotiations and accords are needed to ensure the future stability of the industry and the reliability of India’s sugar exports.

Reuters has revealed that Indian sugar mills have been renegotiating and defaulting on contracts to supply 400,000 tonnes of sugar. This news has caused a decline in Indian sugar prices and has alarmed sugar millers across the world.

In India, sugar has been produced for centuries. It was a lucrative industry during the British Raj and continues to be an important part of Indian culture and economy today. Sugar production has grown steadily in recent years, but gaps have emerged due to supply chain disruptions caused by the global pandemic.

The recent news of Indian sugar mills renegotiating and defaulting on contracts to supply 400,000 tonnes of sugar has raised concerns throughout the global industry. The news was met with criticism from international trading partners and caused a decrease in Indian sugar prices.

The implications of this news are far-reaching. Sugar mills in India are now forced to re-negotiate contracts as a result of decreased demand and an increase in supply. This could lead to a potential drop in the number of contracts being signed in the future.

The effects of renegotiating and defaulting on these contracts could also be felt in other countries. Traders may be hesitant to enter into new contracts with Indian mills due to the potential for defaulting.

It remains to be seen how Indian sugar mills will manage and handle the current situation. For now, they are being forced to negotiate and renegotiate contracts, as well as default on them, which could lead to further instability in the global sugar industry.

Taylor Swift winds up 2020 by singing her Own Song 0