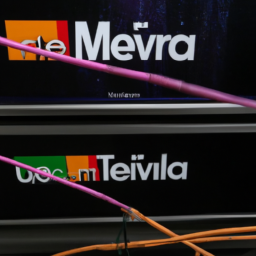 In a statement to Reuters, Televisa says its offer includes both cash and stock for the combined venture. Megacable – Mexico’s largest cable provider – is currently reviewing the offer.

Televisa is Latin America’s leading mass media company. It is the largest producer of Spanish-language content in the world, offering three pay-TV services in Mexico and four pay-TV services abroad. The company has shown a strong desire to become a major force in global pay-television services.

Should the proposed merger occur, it would create the largest pay-TV provider in Mexico. It would also give Televisa distribution via cable, satellite and IPTV platforms to Mexican consumers. Megacable provides approximately 45 percent of Mexico’s cable TV, internet, and telephony services.

It is reported that Televisa is hoping to gain regulatory approval for the deal and have it completed before the end of the year. Televisa currently owns 51 percent of Megacable, with the public owning the remaining shares. The merger would require the approval of 67 percent of Megacable’s shareholders.

The potential merger of Televisa and Megacable’s pay TV units could create a powerful force in the Mexican media landscape. It would provide Televisa with an even larger market reach and would likely expand opportunities for both companies.

In a recent Reuters article, it was revealed that Grupo Televisa SA, the world’s largest producer of Spanish-language content, has offered to combine their pay-TV unit with Mexican communications giant Megacable Holdings SA.

What’s Behind The Merger?

Historically, Mexico has had two television champions: Televisa and Azteca. However, the arrival of new technologies, such as cable and satellite services, have led to the emergence of companies like Megacable, which has caused upheaval in the television industry.

The merger between Televisa and Megacable is a potential game-changer. Televisa provides much of the content, while Megacable has the capacity to deliver it, meaning customers only need to use one provider. This could be a big win for consumers who are used to dealing with multiple providers.

What’s in It For Televisa?

For Televisa, the merger would allow them to expand their reach and become a true leader in the sector, going beyond their current role as a content provider. It would also give them more control over how the content is distributed to their customers,

The company is aware that the television industry has been transformed by the introduction of new technologies, which means that to remain competitive in the long run, it must now expand its services and find new ways to reach customers. By joining forces with Megacable, it could achieve this.

The implications of the merger, mean an increased concentration of power in the sector. Televisa already dominates the media landscape in Mexico, and now its power would be further boosted by the alliance with Megacable. This could put smaller competitors at risk, as well as reduce choice for consumers.

The Mexican Federal Competition Commission is expected to review the proposal, and the impact on competition will no doubt be a key part of their assessment. This could mean that conditions are imposed on the merger in order to ensure competition and consumer protection.

The proposed merger between Televisa and Megacable is a potentially significant move in the Mexican television industry. It is likely to be scrutinised by the competition authorities, and may also have implications for competition and consumer welfare.