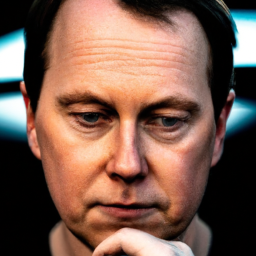 Reuters has revealed that Elon Musk’s Neuralink, the high-profile start-up developing a brain-computer interface, is facing a federal investigation an

Reuters has revealed that Elon Musk’s Neuralink, the high-profile start-up developing a brain-computer interface, is facing a federal investigation and employee backlash in light of animal tests conducted by the company.

Neuralink, which was founded in 2016, is creating a device that can detect and analyze neural activity in the brain and translate that data to provide a bridge between technology and the human brain. This device, known as the Link, is being developed to enable humans to interact with computers with their thoughts, control prosthetic limbs, and use other brain activity to control physical organs.

The goal of the Link is to “enable people to communicate with computers through direct commands from their minds.” Despite this laudable ambition, the company is facing increasing criticism over the animal tests it is conducting in order to develop the Link. Reports suggest that Neuralink has conducted animal tests involving macaque monkeys, sparking a federal investigation and raising questions about the company’s ethical standards.

The company has also faced backlash from its own employees, with sources telling Reuters that a number of workers have expressed ethical concerns over the animal tests. The employees expressed concern over the safety of the animals and the potential use of the device on humans without their consent.

The investigation into Neuralink is ongoing and it remains unclear what implications this may have for the company. Neuralink has yet to comment on the matter and it is uncertain what the outcome might be. For now, all eyes are on Elon Musk and his groundbreaking venture.

Federal Investigation into Neuralink after Reports of “Cruel” Animal Testing

Neuralink has been developing a brain-computer interface that involves implantable electrodes that connect to “ultra-thin wires” in order to provide communication between humans and computers. So far, animal testing has been conducted in order to study the potential health implications of these implanted electrodes.

The federal investigation is looking into whether the testing is compliant with animal-protection laws. Reports state that the tests themselves have been described as “cruel” and “invasive”.

The animal testing procedures have caused some of Neuralink’s employees to quit or refuse to work on the project. The employees are concerned that the tests have been conducted inhumanely, and have strongly denounced the practice of testing on animals.

This federal investigation is a major setback for Neuralink’s progress, as the future of the technology and its potential applications, depend heavily on these animal tests. It remains to be seen what the outcome of the investigation will be and if the testing will continue.