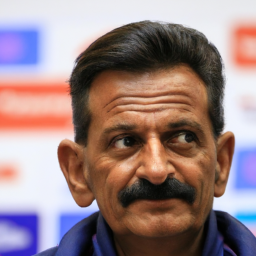 Shastri: ‘No harm in identifying new T20I captain, and if his name is Hardik Pandya, so be it’

The Board of Control for Cricket in India (BCCI) President Sourav Ganguly’s statement that the Indian selectors should be allowed the freedom to identify the new captain for the T20 International side has been supported by former Indian captain and the current head coach of the Indian cricket team, Ravi Shastri.

Speaking at the unveiling of the new Wall of Champions at the BCCI headquarters, Shastri stated that “no harm can come from identifying the new T20I captain, and if his name happens to be Hardik Pandya, then so be it.”

Pandya has been in outstanding form since the ICC Cricket World Cup 2019 with the bat, scoring consistently in all three forms of the game. He is widely considered to be an attacking batsman and explosive bowler, and many cricket fans and experts feel he will be an ideal candidate to take over the captaincy role in the T20Is.

Shastri made it clear that he had no problem with the selectors taking their own decisions on who to fill the role of captain, and encouraged them to do so. He also opined that talking about it should be done with due respect and consideration, while also keeping “the future of Indian cricket” in mind.

He went on to add that the BCCI, selectors and the team management should maintain “full solidarity” on this subject in order to take the squad forward. The BCCI President had earlier mentioned that the selectors should have the option of deciding who the cricket team was going to be captained by and the opinion of Shastri only strengthens this view.

The team management and the BCCI have been wise enough to take into account the opinion of the experts of the game, and have always strived to put the best interest of the team and nation first. In this case, both Ganguly and Shastri have made it clear that the selectors must be allowed to decide for themselves on who will be the most suitable candidate to lead the team in the T20Is.

MSK Prasad hints Hardik Pandya to be next T20I captain?

BCCI selector MSK Prasad confirms that There is no harm in identifying a young and new T20I captain and if it is Hardik Pandya, then so be it.

The Chairman of the BCCI Selection Committee, MSK Prasad, recently had an interview with Times of India, where he answered a few queries regarding the post of Indian T20I captaincy. Apparently, Prasad confirmed that there’s no harm if in identification of a new and young T20I captain.

When questioned if Hardik Pandya could be the next candidate to fill Virat Kohli’s shoes, Prasad briefed that the board has not discussed about Pandya yet, since Kohli was handed over the post. However, Prasad mentions that if the board finds that Pandya is the one and only suitable option, then it starts considering his work.

Furthermore, he said, “No harm in identifying a new T20I captain, and if he is named Hardik Pandya, so be it”.

In fact, Prasad also emphasised that it would be great to see young talent gracing the captaincy post. He also mentioned that the rising star, Hardik Pandya, has done some tremendous job in the past few matches and hence, he would be a greater influence on the field.

Here are a few reasons why Hardik Pandya could be an obvious choice for the T20I captaincy post:

In the meantime, BCCI has to mull over its resources and make the perfect call on this decision. Hopefully, they will choose wisely and Hardik Pandya could see himself as the next Indian T20I captain.