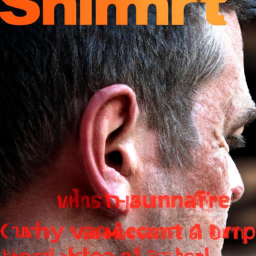 This lifetime ban was imposed after Warner’s role in identifying Liberal party candidates was raised in Parliament. Having previously served as Prime Minister John Howard’s chief of staff for four years, Mr. Smith declared that ‘the process and the decision are wrong, clearly wrong.’

Mr. Smith went on to argue that ‘ministerial staff are there to serve their minister, and their job is to do the will of their minister. That’s their job’. Under Australian law, all political staffers rely on the direction of their Minister. It is widely accepted that senior advisors should not oppose their Minister’s wishes.

The former Prime Minister further suggested that people who work for Ministers should be ‘held to account and held responsible for any mistakes they make’. However, he believes that the penalty imposed on Mr. Warner goes far beyond the scope of what is appropriate.

Mr. Smith concluded with a statement that suggests the penalty ‘reflects a reputational penalty rather than a legal one’, indicating his view that the decision was more a matter of political judgement than a law-based judgement.

While this is just one viewpoint on the matter, it serves as an important reminder that those who work for politicians, regardless of the Minister’s party affiliation, should be held responsible for their actions within the bounds of the law. But, as Mr. Smith has highlighted, there needs to be a limit to the consequences of those actions in order to ensure fairness is maintained.”

Former Australian cricket captain Steve Smith has expressed that he strongly disagrees with the punishment given to fellow teammate David Warner for his involvement in the ball-tampering scandal that occurred in South Africa in 2018.

Smith was personally banned for a period of 12 months, however Warner was given a lifetime ban on taking any leadership roles in Australian cricket.

In an interview with Fox Sports Australia, Smith has said that he “fundamentally disagree[s]” with the punishment given to Warner:

“I don’t believe it should have been the sanction that was handed down, it was very harsh,” Smith said.

“David’s served his time and gone away and been playing cricket all around the world.”

Smith believes that a lifetime ban from taking a leadership role restricts Warner’s chance to redeem himself:

“He was terrific in India (in the IPL, with Sunrisers Hyderabad) not only with his performance on the field but his leadership as well.”

Smith reiterated that he does not condone cheating of any kind, and that it is an important for Cricket Australia to ensure punishments fit the crime:

“Cricket Australia is quite rightly getting tougher on people who aren’t playing the game in the correct spirit,” he said.

“But I think they need to make sure the punishments fit the crime.”