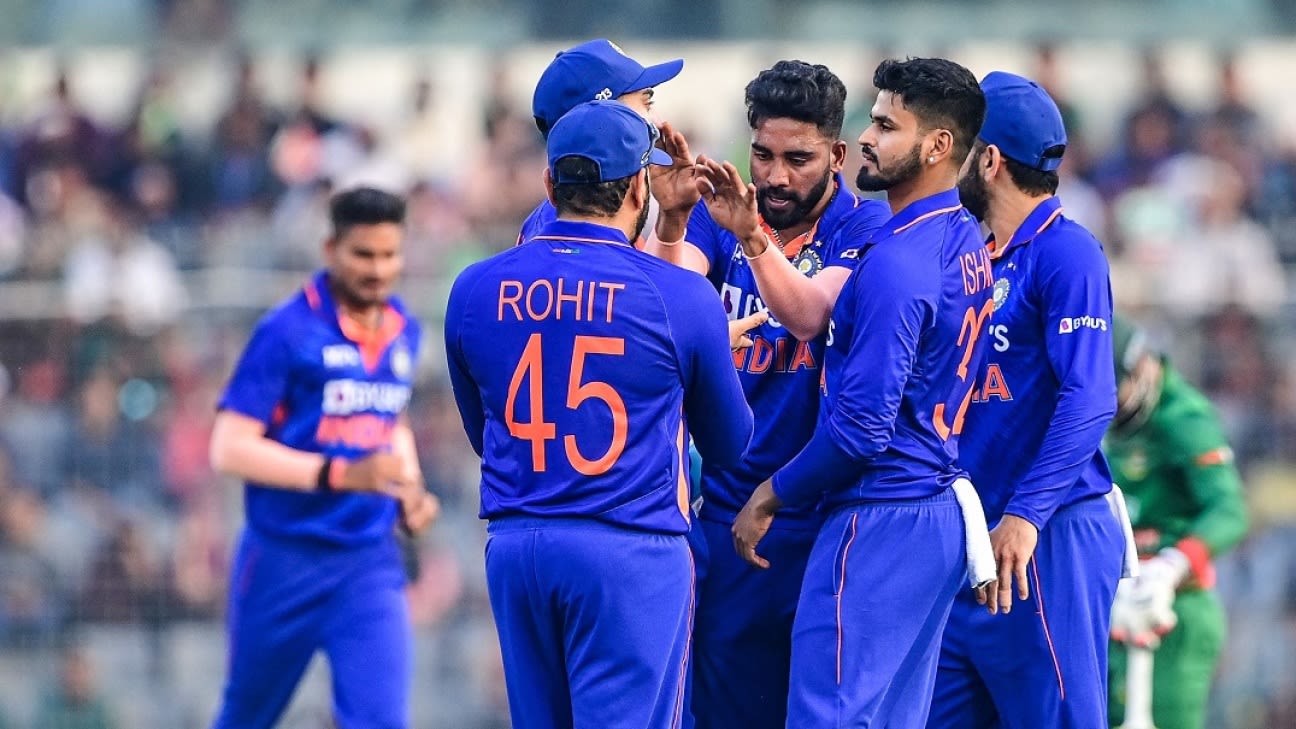 What more can you ask for from a three-match series, eh? A one-wicket win in the first match, a last-ball result with only one wicket remaining in the

What more can you ask for from a three-match series, eh? A one-wicket win in the first match, a last-ball result with only one wicket remaining in the second, and every possible twist and turn on the way to those two finishes. It’s a pity that the same team won both games, and that the series finale will be a dead rubber, but do not rule out more excitement.

For Bangladesh, this series has been more proof of how good an ODI side they are at home, and how good they have been for a number of years now. Since the start of 2015, they have a win-loss ratio of 3.30 against Full Members at home, which is bettered only by Pakistan who, of course, haven’t played all that much at home in this period, and New Zealand.
You might argue that Zimbabwe, West Indies, Afghanistan and Sri Lanka have been Bangladesh’s most frequent opponents in this period, but you can only beat who is in front of you. That Bangladesh have beaten India four times in five games in the same period – they’ve also pulled off series wins over Pakistan and South Africa – suggests they might do just as well against other high-profile teams that haven’t visited that often in recent years.

If they win again on Saturday, Bangladesh will reinforce this idea emphatically.

So close has this series been, of course, that India could well have been 2-0 up themselves. But they’ll want that closeness to show up somewhere in the scoreline. To make that happen, they might have to play their best game of the series at the Zahur Ahmed Chowdhury Stadium, where they will be without their regular captain Rohit Sharma among numerous other injured absentees.

It will be a test of their resource depth – they came into this series without first-choice reserves such as Shubman Gill, Suryakumar Yadav and Sanju Samson – and this test will come against a hungry home side who are high on morale. The result won’t impact where the series trophy goes, but it could have other, potentially far-reaching ramifications.

Virat Kohli has a highest score of 18 in his last seven ODI innings. It’s hard to call it a run of form, because he has played these seven ODIs over a span of ten months, and he’s looked in excellent rhythm in other formats during this time. Even so, in Rohit Sharma’s absence, India will hope their best batter can get back among the runs as they push for a consolation win.
Mustafizur Rahman has taken only one wicket in this series, but India have struggled to get him away. He conceded 14 runs in the final over of the second ODI, but despite that, he has only gone at 3.64 across his 17 overs so far. Can India break his stranglehold in potentially flatter conditions in Chattogram?

Bangladesh are unlikely to make a major change unless there is an injury concern.

India are in a genuine injury crisis; their squad page for this series now has as many as seven withdrawn players. In place of the absent Rohit, India will need to choose between Ishan Kishan and the uncapped pair of Rahul Tripathi and Rajat Patidar. Only three fast bowlers remain in the squad, so expect India to play a spin-heavy attack, with either Kuldeep Yadav – who was added to the squad on the eve of the match – or Shahbaz Ahmed joining Washington Sundar and Axar Patel.

Where Mirpur always has something in it for the bowlers, Chattogram has tended to be a batting-friendly venue in ODIs. In the last five years, ODIs here have produced the best batting average of the three ODI venues in Bangladesh – 37.49, a significant jump from Mirpur’s 25.91. Expect a flat pitch, therefore. The weather on Saturday is expected to be clear and sunny, with a maximum temperature of 28 degrees Celsius.

“We have a much better chance with him not playing. He is such a high-calibre player. I was a bit surprised that he didn’t come to bat earlier [in the second game]. He may have fallen a ball short.”
Bangladesh fielding coach Shane McDermott on his team’s prospects in Rohit’s absence

“To be honest, Bangladesh is a high-quality side, especially at home. Their record says so, because I think they’ve only lost one series [in recent years], against England. They’ve been very, very successful at home. We knew what to expect from them before we came here. Definitely, especially in the subcontinent, Bangladesh is a very, very good side. Even in the T20 World Cup they had a good run this year. They’ve been doing really well in the last few years, and I’m sure even they will fancy a good tournament going into the World Cup.”
India allrounder Washington Sundar on Bangladesh’s chances going into next year’s ODI World Cup in India

GameStop reports decline in revenue and sharp decrease in cash 0