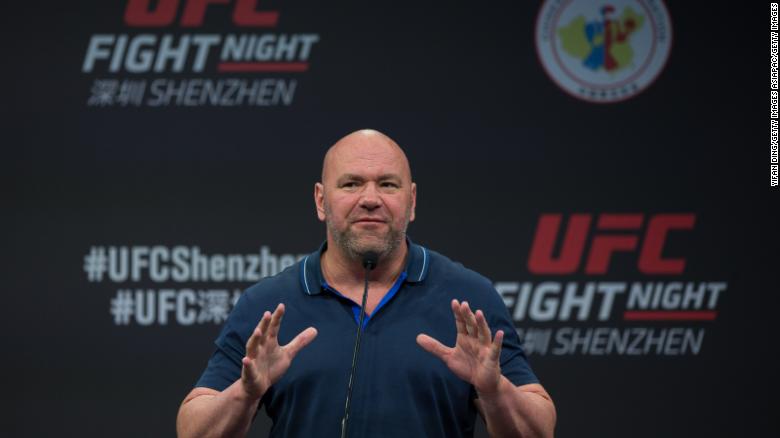 UFC 249 and all other events are postponed indefinitely: Dana White

The highly-anticipated UFC 249 will not happen on April 18 as previously scheduled after UFC president Dana White said he was told to "stand down."

The highly-anticipated UFC 249 will not happen on April 18 as previously scheduled after UFC president Dana White said he was told to “stand down.”

The venue of the fight has had to have been moved from it’s original location in New York, USA becuase of the outbreak of the coronavirus pandemic.
Speaking to ESPN, White said that the “powers that be” at pay-per-view broadcast partner ESPN and parent company Disney expressed their concerns about the fight going ahead.
“Today, we got a call from the highest level you can go at Disney, and the highest level of ESPN … and the powers that be there asked me to stand down and not do this event next Saturday,” Dana White said.
Originally, White had thought that after UFC 249, fight nights could proceed as scheduled at the secure location — he said on Tuesday he was close to acquiring a “private island” to hold the events.
But on Thursday, Dana White announced that all other UFC events have been postponed indefinitely, calling the whole process a “battle.”
“While the organization was fully prepared to proceed with UFC 249, ESPN has requested the postponement of the event and subsequent bouts until further notice in light of the Covid-19 pandemic,” a UFC spokesperson said in a statement to CNN on Thursday.
“UFC looks forward to resuming the full live events schedule as soon as possible.” UFC 249 had been moved to Tachi Palace Casino Resort near Fresno, California.
On Thursday, Sen. Dianne Feinstein said in a statement that the event should be postponed.
“I’m concerned by reports that Ultimate Fighting Championship plans to hold a pay-per-view event in California, in defiance of the state’s shelter-in-place order,” Feinstein said. “This event would involve dozens of individuals flying to California and driving to a casino for a purpose no one can honestly claim is essential.
“I understand this event is scheduled to take place on tribal land and therefore is not subject to state law. However, at best this event ties up medical resources and sends a message that shelter-in-place orders can be flouted. At worst, participants and support staff could carry the virus back to their home communities and increase its spread.”
Origionally posted in CNN
Sports 99 Dana White 2 UFC 3