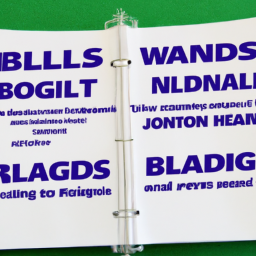 The Women's Big Bash League (WBBL) has recently made an announcement which has caused widespread excitement and anticipation among cricket fans. The W

Alex Hales and Jos Buttler carry England into final with 10-wicket mauling of India
At home, and yet not quite – Cameron Green at the centre of unfamiliar homecoming
Ellyse Perry and Ashleigh Gardner propel Australia to series victory

The Women’s Big Bash League (WBBL) has recently made an announcement which has caused widespread excitement and anticipation among cricket fans. The WBBL have outlined bold and ambitious plans to move their games to bigger stadiums and allow more spectators to attend matches than ever before.

The highly anticipated move from smaller suburban grounds to more metropolitan venues has been widely applauded by players and fans alike. WBBL CEO, Alistair Dobson, spoke about the move, “Our aim is for the WBBL to take center stage in the summer cricket calendar. We’re passionate about growing and celebrating the game with bigger and bolder events, and this season is the first step towards that.”

The WBBL are committed to using the extra capacity of the larger stadiums to not only showcase the best female talent in Australia, but to also share these great moments with as many people as possible. The hope is that this season’s games, taking place at larger stadiums, will generate more exposure, revenue and hopefully encourage more fans and players to follow the WBBL.

The league’s grand ambitions will be on full display during the upcoming ‘Big Bash Day’ celebrations, where the games will not only be hosted in larger stadiums, but will also incorporate interactive activities for the whole family. This event is hoped to launch the WBBL into a larger spotlight and will be a pivotal moment in their commitment to a larger presence in the cricket world.

The WBBL are dedicated to making their games a must-see spectacle, and their move to larger stadiums is an effort to draw in more people and encourage a greater appreciation of female cricket.

For cricket fans, the season promises an amazing showcase of the best female talent from around the country and the excitement shared by fans and players alike will no doubt be felt throughout each and every game.

The Women’s Big Bash League (WBBL) has some bold and ambitious plans for the upcoming cricket season, with a focus on increased visibility and an even larger audience.

In particular, the League are looking to introduce bigger games in bigger stadiums. The aim is to bring the sport to a much wider crowd and provide an even more exciting experience for existing fans.

Here’s what we can expect:

The WBBL are introducing more international teams and more players from other nations. This will ensure that matches are more varied and unpredictable, leading to even more thrilling contests.

The League has plans to hold more games in larger stadiums. By doing this, the WBBL will be able to attract a much larger crowd, providing more exposure and increasing the reach of the sport.

The WBBL is looking to invest more in promotional activities, utilising digital and traditional media channels to get the message out. This includes a heavy focus on social media campaigns and grassroots engagement.

The League is working with broadcasters to provide enhanced coverage of matches across all platforms. This will provide fans with better access to the WBBL games and is sure to attract more viewers.

Building on the success of the WBBL’s digital platform, the League is set to launch the updated WBBL 2.0 app as part of their ambitious plans. The app promises to give users even better insights and access to their favourite teams and players.

The Women’s Big Bash League has some exciting plans for the upcoming cricket season, with a focus on bigger games in bigger stadiums, more promotional activities, improved broadcast coverage and the launch of the WBBL 2.0 app. These bold and ambitious plans are sure to take the WBBL to the next level and attract even more fans to the sport.