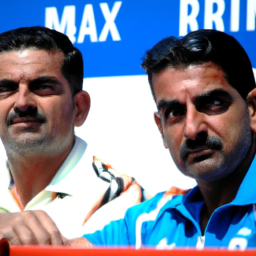 Zaheer Khan and Ravi Shastri, two former Indian cricket players, recently expressed their views about Indian players taking part in foreign T20 leagues such as the Big Bash League in Australia, the Pakistan Super League, and the Caribbean Premier League. In a statement reported by PTI, they both stated they “don’t see any reason why Indian cricketers should play overseas”.

India has had a tradition of players representing India in international tournaments at the domestic or international level. Zaheer and Shastri discussed their concern that if Indian players continue playing in foreign leagues, they might face burnout and lose their focus on international cricket. This would be detrimental to the Indian team.

Zaheer Khan expressed that it is important for Indian cricketers to focus on representing India, given that the Indian Premier League (IPL) is already an exciting and challenging tournament with a huge fan following. Zaheer said that it would also be beneficial for Indian players to rest during the foreign tournament off-seasons and train to maintain high levels of performance and fitness.

Ravi Shastri argued that playing in foreign tournaments can make one lose focus and become complacent about the importance of playing for India in international tournaments. He also suggested that it can potentially reduce the competitiveness of players in the IPL.

The two former players concluding statement further echoed the importance of their views and they said if overseas tournaments can attract players away from the national team, it would hamper the team’s performances in the long run.

Overall, the views expressed by both Zaheer and Shastri reflect a valid concern that playing in foreign leagues could potentially shift an Indian player’s focus away from international tournaments. Therefore, it is important for Indian Players to prioritize their national team commitment.

Indian cricket greats Zaheer Khan and Ravi Shastri are unequivocal in their thoughts that there is no compelling reason for India players to take part in overseas leagues. Both veteran cricketers believe that the Indian Premier League and other domestic events already provide ample opportunity for players to explore their skills and showcase their talent.

According to Zaheer Khan, channelling talent correctly and providing a platform for them to flourish is something the Indian cricket board, BCCI is doing on a regular basis and that there is no need to look outside. He highlighted that:

Ravi Shastri highlighted that Indian players already have the resources to fulfill their potential. He stated that apart from IPL, India also has the Ranji Trophy, Duleep Trophy, Deodhar Trophy and the Irani Trophy to cope with foreign leagues. He urged that:

In conclusion, both Zaheer Khan and Ravi Shastri are of the opinion that there is no need for Indian players to explore foreign leagues. They swear by BCCI’s regular domestic tournaments for active conveyance of emerging talent.

Loading...
Newer Post
Starc: I have a pretty good relationship with Langer
Older Post
First Test could be delayed by 24 hours after illness sweeps through England squad

Rob Key: Rehan Ahmed’s Test fast-tracking was the plan all along 0